Mr. President, it's time you fess up to your Russian connections 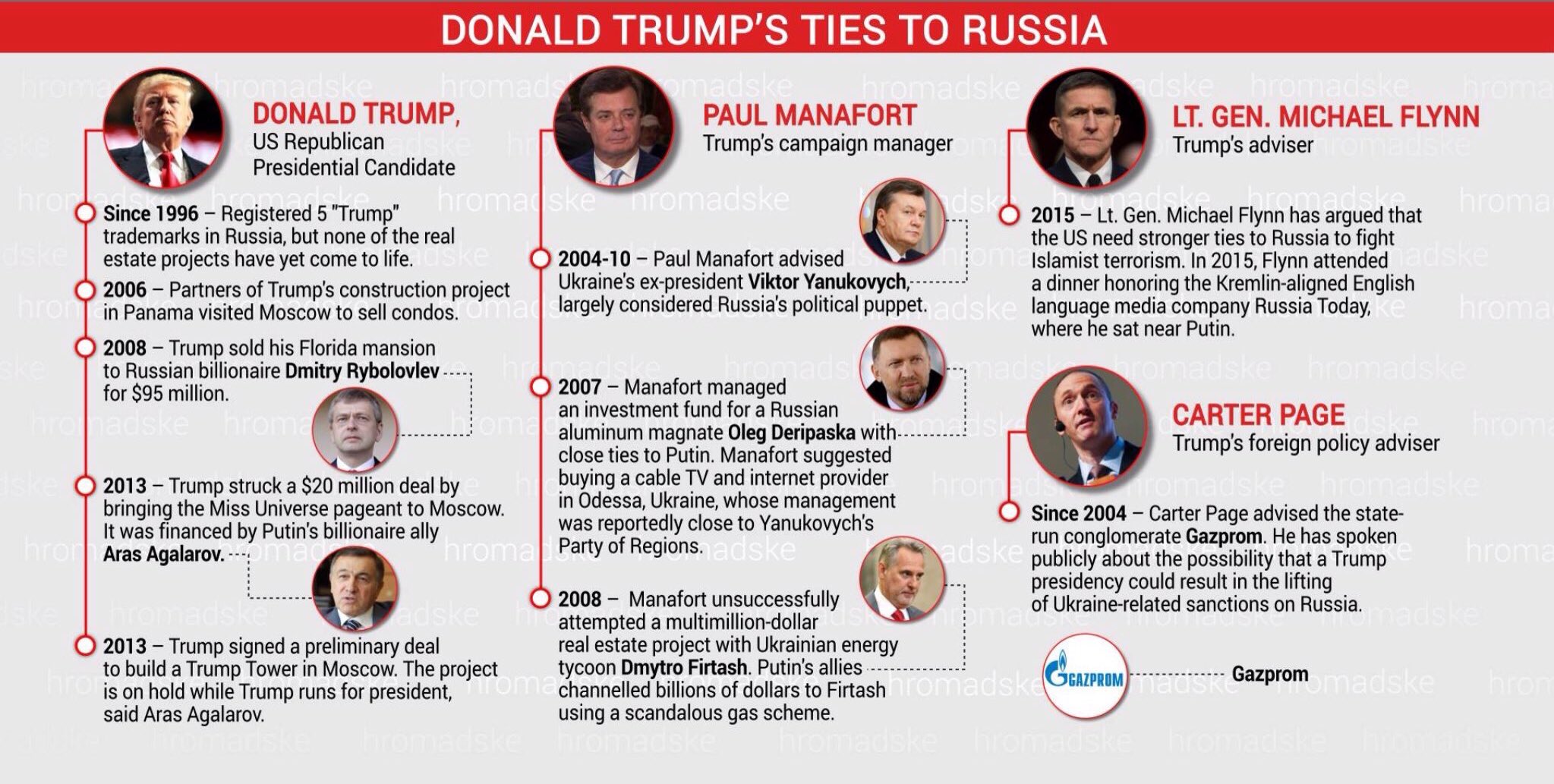 “Donald Trump has dismissed allegations that he’s in some way connected to Russian attempts to influence the presidential election as nothing but a “political witch hunt.”But a number of reports in the past couple of weeks have revealed that according to unnamed sources, investigators from six different US intelligence and law enforcement agencies have been looking into possible links between Russian officials and Trump’s presidential campaign as far back as last spring.”   [vox.com]

To be Putin’s partner could now be his role.

What explains their euphoria?

They know they are holding an ace in the hole.