Is Donald Trump the Antichrist?

“As to the coming of our Lord Jesus Christ and our being gathered together to him, we beg you, brothers and sisters, not to be quickly shaken in mind or alarmed, either by spirit or by word or by letter, as though from us, to the effect that the day of the Lord is already here. Let no one deceive you in any way; for that day will not come unless the rebellion comes first and the lawless one is revealed, the one destined for destruction. He opposes and exalts himself above every so-called god or object of worship, so that he takes his seat in the temple of God, declaring himself to be God.”

A lawless deceiver will soon be our leader

With power to cause desolation;

A sower of discord, no friend of the truth,

Who revels in retaliation.

He hasn’t regard for the rule that is golden,

Though  gold is his sole motivation.

He pretends to respect every sentence of God,

But instead he’s his own adoration. 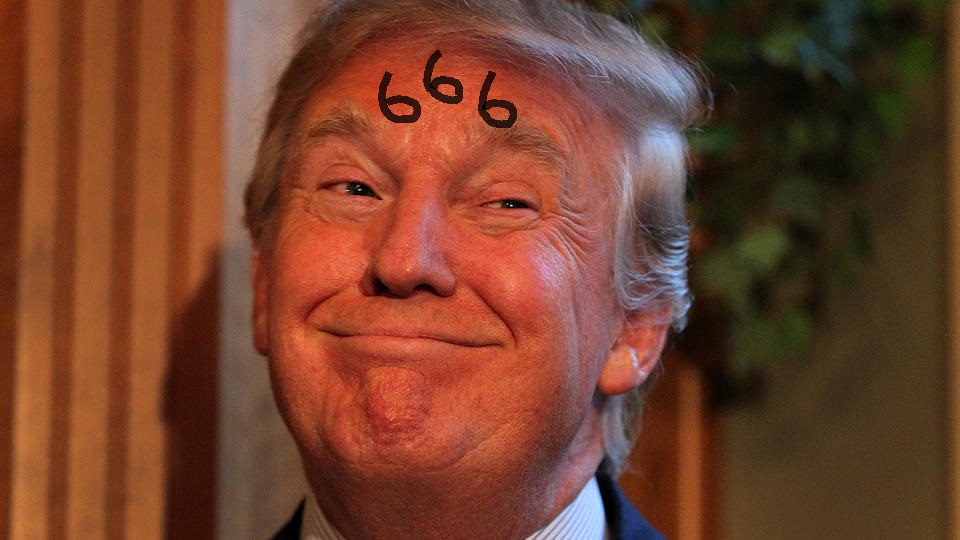