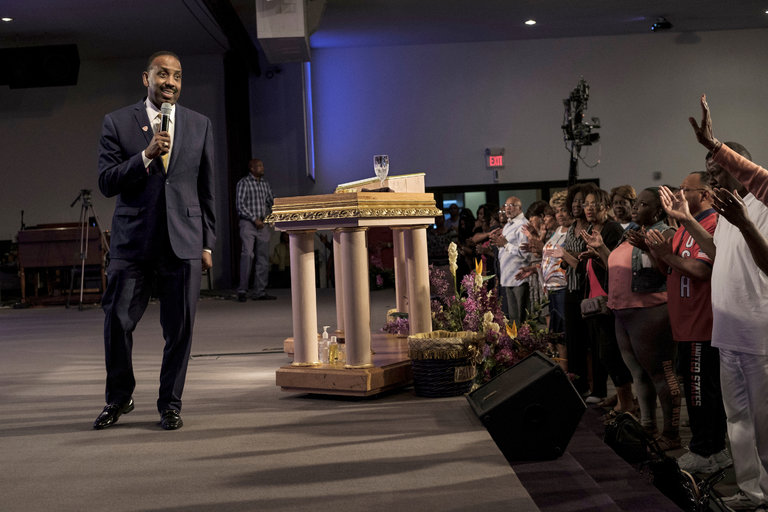 “Instead of speaking to the congregation at Great Faith Ministries International, Mr. Trump had planned to be interviewed by its pastor in a session that would be closed to the public and the news media, with questions submitted in advance. And instead of letting Mr. Trump be his freewheeling self, his campaign prepared lengthy answers for the submitted questions, consulting black Republicans to make sure he says the right things.”  [nytimes.com]

Trump’s a  Christian and his faith affords

Are great anger and pride

Which are traits  that are not like the Lord’s.