Tough-talking Trump seems to embrace amnesty; no matter what he says 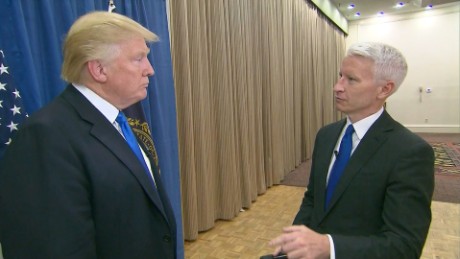 “‘You know, it’s a process,” Trump told CNN anchor Anderson Cooper on Thursday. ‘You can’t take 11 [million] at one time and just say, –Boom, you’re gone–. But there’s no legalization. There’s no amnesty. And if somebody wants to go [the] legalization route, what they’ll do is they’ll go leave the country, hopefully come back in, and then we can talk.’

Asked about his changing statements, the Republican presidential nominee said some view his position as a ‘hardening.'”  [latimes.com]

Trump is  softening on the illegals:

Fair and firmly most ought to be pardoned.

But when his position was challenged,

He said that his policy’s hardened.