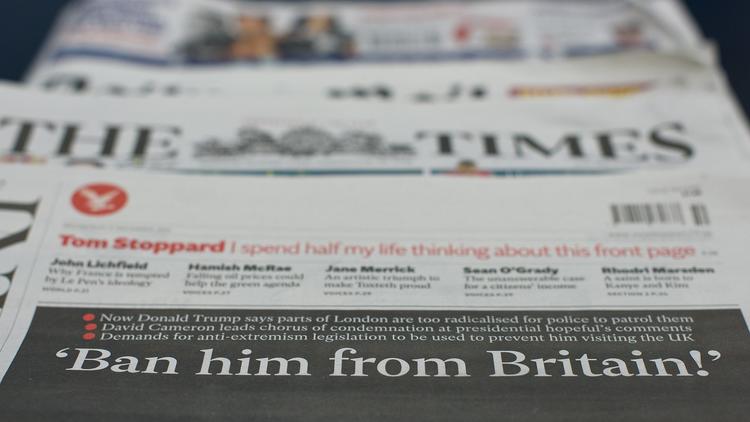 “The British Parliament on Monday hosted an extraordinary debate over whether to ban U.S. Republican presidential front-runner Donald Trump from visiting the United Kingdom.”  [Washington Post]

Trump’s not a uniter; he often transmits

So MP’s on the  Isle

Would like to ban him from addressing the Brits.