Bruce Rauner Gets a Left-handed Compliment

Bruce Rauner’s inauguration might be remembered for the wrong reasons.  He did give, in many ways, a memorable  address, worthy of high praise.  But it probably won’t be the content of his speech that will stand the test of time.

No, this man on the Right will be remembered for something he did on the Left.

When the Honorable Sharon Johnson Coleman swore him in and asked  him to raise his right hand,  Rauner did just the opposite.

It was a  momentary lapse of attention, to be sure.  Understandable.  Nerves do occasionally  trump  the command of a situation.  And, according to legal experts,  it had no effect on the validity of the Constitutional requirement.

Nevertheless, it’s a contretemps that many will not forget.

And there was one other slip up too.

Earlier in the ceremonial lead-up to the swearing-in, Republican Congressman Aaron Schock waxed nostalgic about our new governor.  He went all the way back to 458 B.C.   In that year, Schock said,  the Roman Senate entreated Cincinnatus to leave his farm to save the Empire  from invasion.    Rauner was a modern Cincinnatus.   The only other American that I know who ever was compared to Cincinnatus was George Washington. 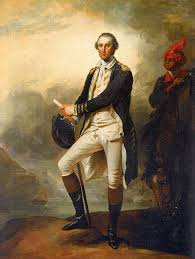 Washington was course became our first president.  Aside from the fact that the Roman Empire started with Augustus Caesar in 27 B.C., Cincinnatus didn’t become a president but a dictator.

Schock did (ahem!) make it clear that he was not implying  that Rauner had such aspirations.

So I guess that rules out the sinister. At least in this case.