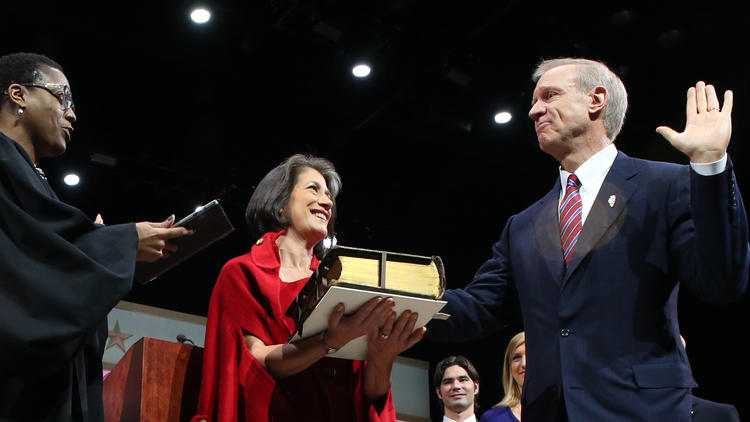 Bruce Rauner kicked off his debut as Illinois governor with a honey of a speech.  He had this dyed-in-the-wool Liberal rooting for  every liberal promise he made.

He started in a tentative way.  Then turned on the juice.  Before I knew I was hooked by his sincerity and surprising eloquence.

His words seemed to come from his heart.  He loves Illinois and wants it to be great again.  He calls for sacrifice.  And says we must take the moral high ground.

“I’m nobody that nobody sent,”  he proclaimed.  And in the moment I believed him.

It’s time to end the cronyism, the influence of special interests.. Who can dispute that?

He will immediately freeze non-essential spending in the Executive office.  State agencies will be asked to tighten their belts.

And he pledges to reach across the aisle to make Illinois a leader again in jobs, education, and responsible government.

As I said I’m a Liberal, a Progressive..

And the funny thing is when Rauner called on God for  the usual blessings, I was willing to give him my blessing too.

And the benefit of the doubt.