Downton Abbey and a Milestone in the Movies 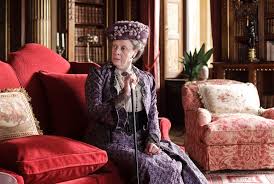 A century ago yesterday the first full-length color movie opened in England. “The World, the Flesh and the Devil”.  The title comes from the Book of Common Prayer.
According to my Downton Abbey deck calendar, it was a “silent British drama, directed by F. Martin Thornton…about a rotten lawyer trying to find a way to prevent a nobleman from inheriting his due.”

It was barely an hour and starred Frank Esmond, Stella St. Audrie, and Warwick Wellington. I bet Warwick played the nobleman.

The ads of the time said it cost 10,000 pounds to film.  Depending on the accuracy of my Google search , I think that would be 660,000 pounds today. Or  the equivalent of about $1,1oo,ooo I don’t know if they made a profit.  In those days there were no DVDs to make up for a bad box office.

I’ve seen most of the Downton Abbey episodes, and I don’t recall any mention of this breakthrough  on the big screen. Neither the Earl of Grantham nor the Countess seems to have brought it up at dinner or in the boudoir. And I don’t think it was a topic of conversation downstairs in the servant’s hall.  Their tastes probably gravitated more toward the ups and downs of the working class.

And Maggie Smith, I mean Violet, the Dowager Countess?  If the cinema did come up in one of those stilted, mannered conversations in the drawing room, I’m sure she would have had a snappy retort about the end of civilization.

In any event, the movie is lost, like the generation that followed.