Marlin Perkins: A Man Noah Would Have Loved

At the zoo, once, near the lake,

He was  bitten  by a poisonous snake. 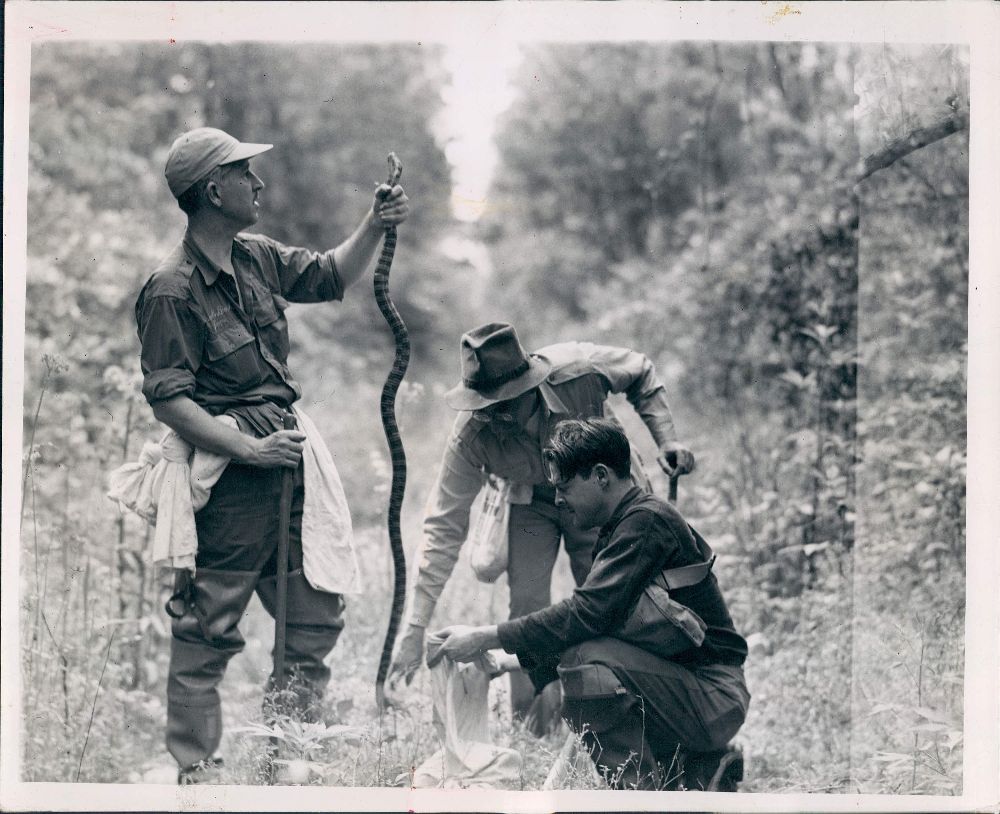 It happened at Lincoln Park Zoo in the early 1950s.  Years later he described what happened in an interview. “Another reptile mishap was less chilling but perhaps more embarrassing, coming just 20 minutes before a performance of Zooparade. ‘When I talk about handling animals, I always start by saying the most important thing is not to hurry,’ he explains.  ‘So on this occasion I broke my own rule. I wanted to get the rehearsal over with, and I caught a rattlesnake so fast I didn’t have a proper hold on him. He twisted in my hand and bit me.’ While Marlin went off to the hospital, an assistant went on with the show. ” [Parade Magazine,  August 9, 1982] Can you tell the difference? Which of the above snakes is poisonous?

What a coincidence!  The movie “Noah” opens here on Marlin Perkins’ birthday!  BTW the poisonous snake is the top one, the Southern Copperhead.  Its look-alike is the Texas Rat Snake.