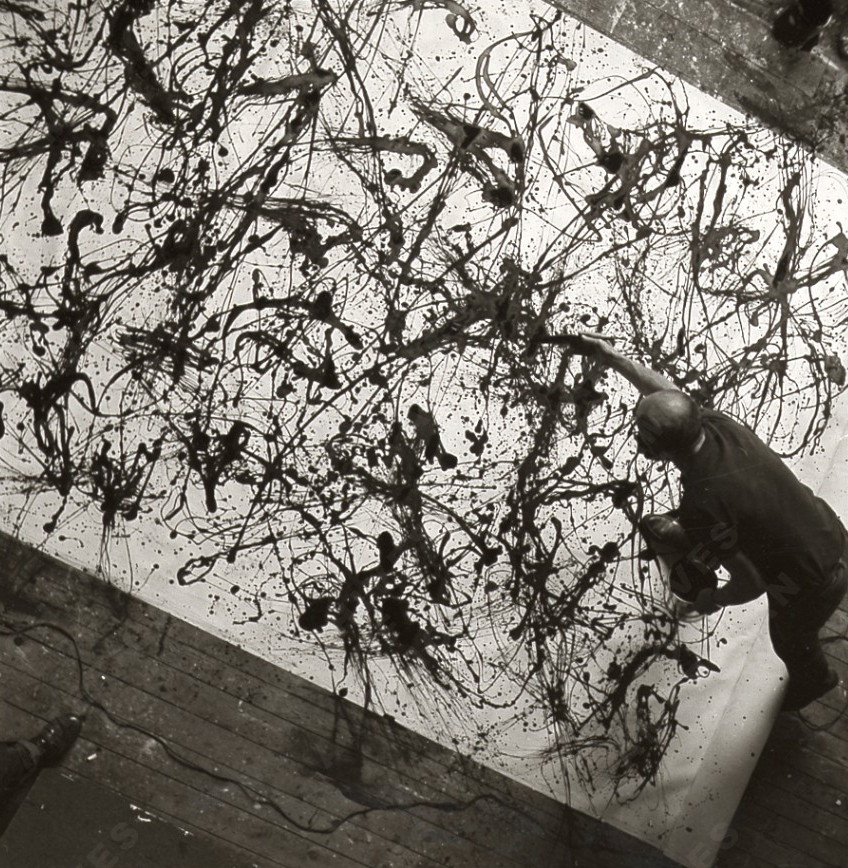 He painted in the genre of  “Abstract”.

Spattering on pigments in a frenzied frolic,

He’d splash a bit more when he had to redact.

“During these years Jackson Pollock started to paint in a completely new way. He created art that was very physical. In fact, his method is sometimes called “action painting”. Most artists painted on a surface that stood upright or vertical. But Pollock put his large canvases on the floor so that he could move around all four sides of his work. He also used very liquid paints so that he could easily drop the paint onto his canvases. This “dripping” method allowed him to make energetic works.

His paintings are explosions of curving lines, shapes and colors. In his art you can see every movement that his arm made. You can see how he had to move his body around the canvas. Videos of Pollock painting show this process, which looks like a painterly dance.

Unlike other artists, Jackson Pollock did not plan the way he wanted his paintings to look. Many artists plan their works by making small drawings before painting. Pollock developed what he called a “direct method,” applying the paint directly onto an empty canvas. He painted by following his immediate thoughts and emotions. Pollock combined careful movement with exact color and line. Though his paintings appear accidental, they required careful control.” [manythings.org]