Franklin Delano Roosevelt: He Towers Over All Presidents of Modern Times

When our country the Greatest  Depression was dealt,

He found a fresh deck and he opened the seal;

Rebooted  the game with what’s called “The New Deal”. 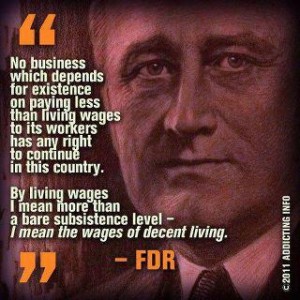