Toulouse-Lautrec: Through His Eyes We See Fin-de-Siecle Paris 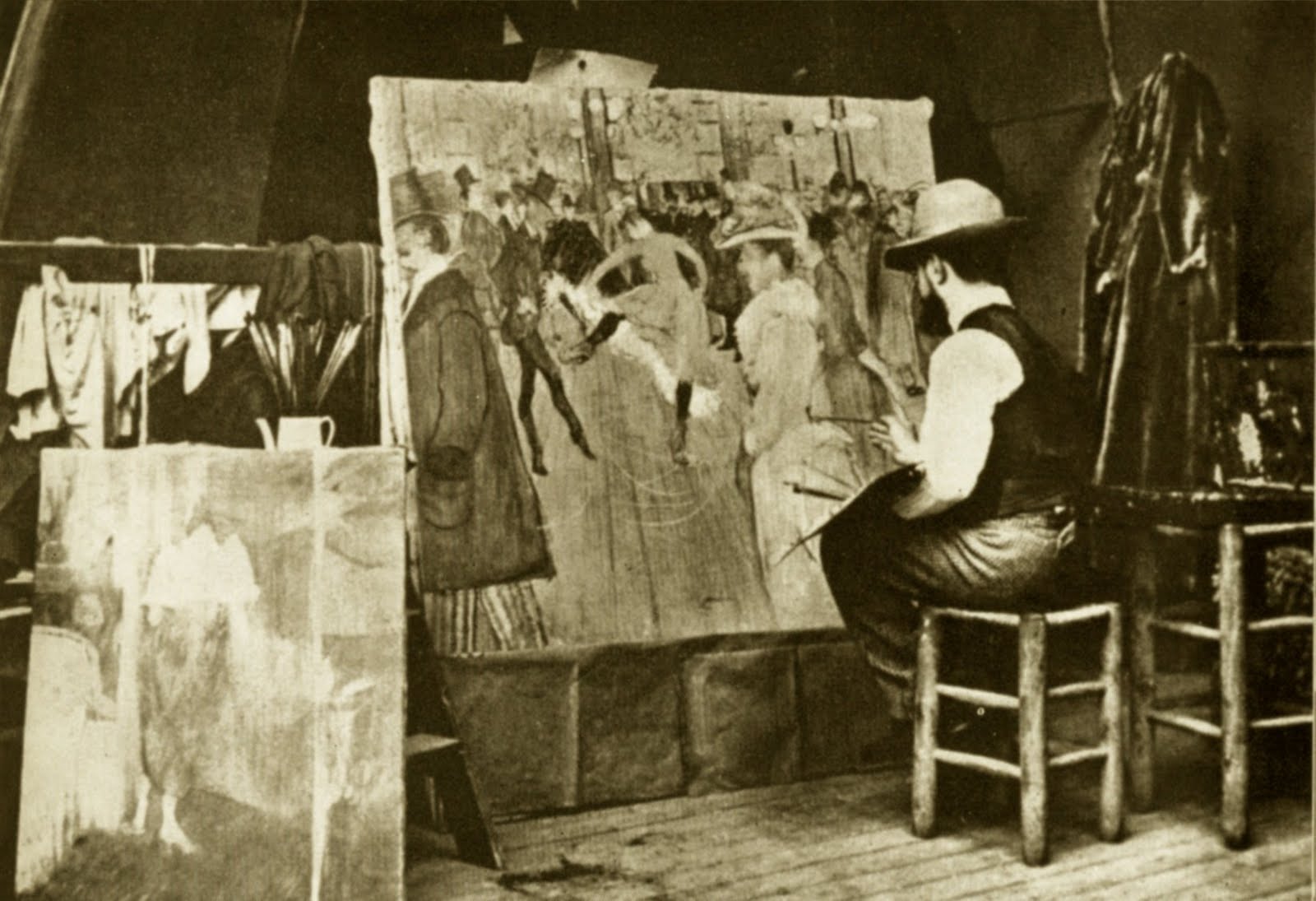 Who  essentially was  a genetic wreck.

Abnormally short with a penchant for dalliance

Due , it’s been said, to his large genitaliance.

“Lautrec’s poignant depiction of a prostitute in the painting Woman before a Mirror (2003.20.15) offers a counterpoint to the dazzling exuberance of Miss Loïe Fuller. Nude save for her black stockings, the woman stands straight-backed as she gazes into a looking glass, dispassionately analyzing her body’s attributes and faults. Meanwhile, the viewer is compelled to do the same, as we are presented with both her ample backside and her blurred reflection. Lautrec presents her neither as a moralizing symbol nor a romantic heroine, but rather as a flesh-and-blood woman (the dominant whites and reds in the composition reinforce this reading), as capable of joy or sadness as anyone. Indeed, the directness and honesty of the picture testify to Lautrec’s love of women, whether fabulous or fallen, and demonstrates his generosity and sympathy toward them.” [Cora Michael, Metropolitan Museum of Art]