Kublai Khan: Only the British Empire Eclipsed the Size of His 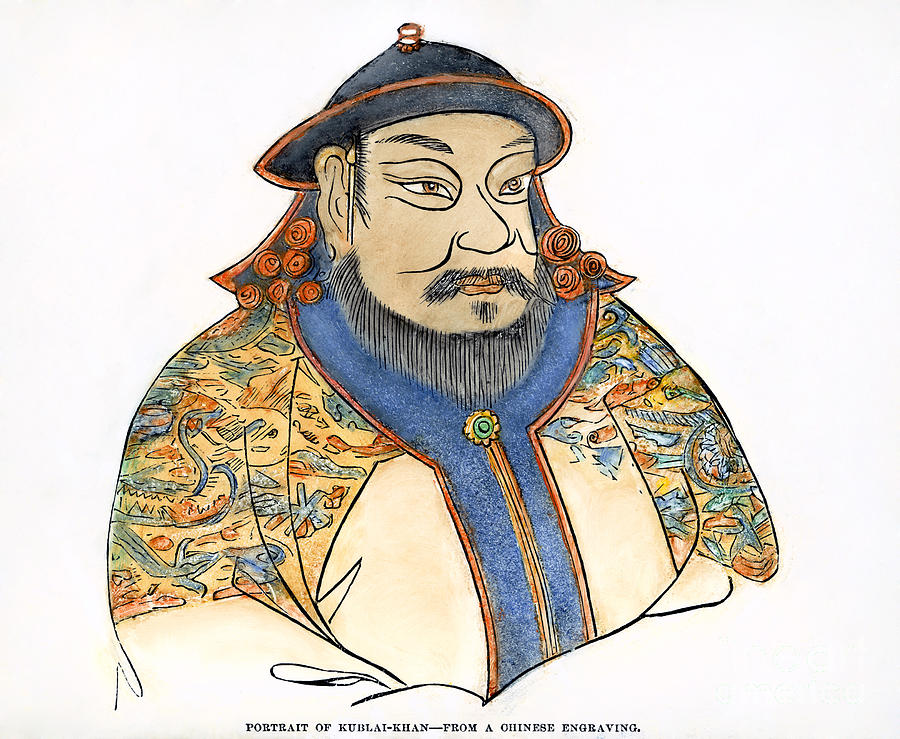 Whom Coleridge did write upon.*

He led his martial Mongol horde

And conquered China with the sword.

* “In Xanadu did Kubla Khan
A stately pleasure-dome decree:
Where Alph, the sacred river, ran
Through caverns measureless to man
Down to a sunless sea.

So twice five miles of fertile ground
With walls and towers were girdled round:
And there were gardens bright with sinuous rills,
Where blossomed many an incense-bearing tree;
And here were forests ancient as the hills,
Enfolding sunny spots of greenery.”   [from Samuel Taylor Coleridge’s poem “Kubla Khan”]

FYI: (1)  Kublai Khan was the grandson of Genghis Khan.

(3) His capital city was Dadu in what is now Beijing.

(4) He met Marco Polo at his southern palace in the city of Xanadu.

(6) Coleridge’s vision of Kublai Khan’s Xanadu came to him after taking an opiate. Upon awakening from a long sleep induced by the drug, he begin composing a rhapsodic poem, but was  interrupted by a person on business from Porlock . Except for a few scattered lines, he was not able to  finish what he had started.  According to Louis Untermeyer, Kubla Khan “paints a terrestrial paradise which, like some Gothic triumph of the imagination, is as wonderful as it is incredible”.