Here’s something fun that happened earlier this month. Chicago’s Millennium Knickerbocker Hotel hosted a great day for kids to celebrate National Teddy bear Picnic Day–yes there is such a thing–which was July 10 this year. 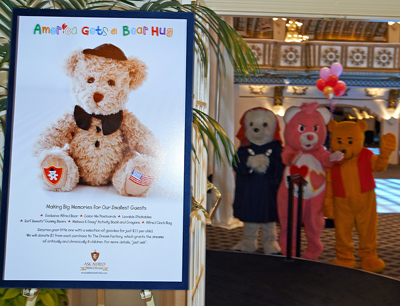 The event was spent with the little guestlets (I mean the kiddies, there) getting a bunch of great give aways. They also got a chance to meet some famous bear personages such as Winnie The Pooh, Paddington Bear, and the Care Bears. 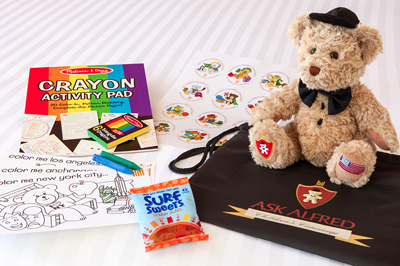 I was scheduled to go on down to the hotel myself at the time, but i had just returned from Ohio and just couldn’t get down there. but it sure looks like fun. 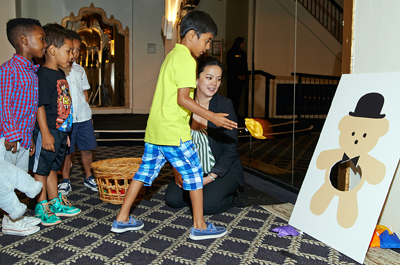 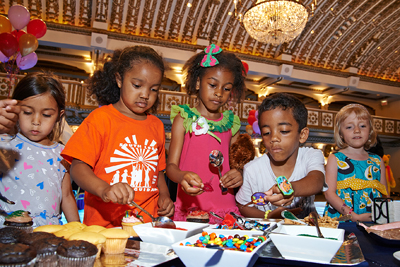 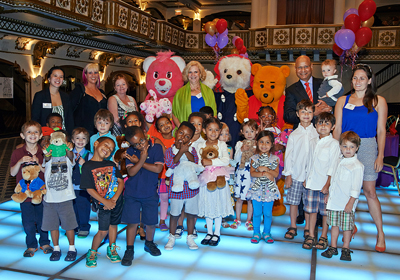 Millennium Hotels and Resorts North America launched its Ask Alfred Children’s Concierge this past Thursday, July 10 in honor of National Teddy Bear Picnic Day. Millennium’s British-born Ask Alfred Children’s Concierge made the journey across the pond to help create memories for young guests across the United States. The Ask Alfred Children’s Concierge is an amenity that can be added to any room package for just $15 per child and includes an Alfred cinch bag filled with a selection of goodies, like an exclusive Ask Alfred cuddly Teddy Bear, Surf Sweets® natural and organic Gummy Bears, a crayon activity set by Melissa & Doug®, Alfred’s Lovable Stickables and a set of 12 collectible ‘Color Me’ postcards. In addition, Millennium will donate $2 from each amenity sold to The Dream Factory, which grants the dreams of critically and chronically ill children.

To celebrate the launch of this family program, Millennium Knickerbocker Hotel Chicago held a bear soirée of sorts. The hotel hosted an elegant picnic with teddy bear tea sandwiches in the property’s historic Crystal Ballroom. With its gold dome ceiling and illuminated dance floor, it served as a magical venue for children to meet celebrity bears like Paddington Bear, Care Bear and Winnie the Pooh. Kids played teddy bear bean toss, danced on the dance floor, took photos with Harry bear (Alfred’s cousin), decorated cupcakes and had story time with Paddington and others.

All in all, it was a beary good time! And, if you’re planning to stay at a Millennium Hotel this summer and experience Ask Alfred (there are 14 locations in the US), don’t forget to book their Summer FREEdom package through September 7th, with 15 percent off Best Flexible Rates, up to $50 food and beverage credit, complimentary privileges such as Internet and breakfast for children ages five and under.

(And just to clear up any misunderstandings, I was neither pad for this post, nor did I get anything free to do it.)