Now that the feds have reluctantly released even more documents from its handling, or should we say mis-handling, of the Benghazi incident during which four Americans including our US ambassador to Libya were killed, Fox News is going to revisit the story with a new special titled, Fox News Reporting: Benghazi: White House Cover-Up Revealed?.

The one-hour special will be hosted by Fox host Bret Baier and will investigate newly released emails that reveal a presidential advisor advocated a strategy to shield the president and his policies from blame for the attack on September 11th in Benghazi, Libya just ahead of the 2012 elections. 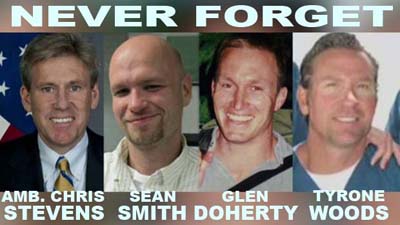 Also contributing to the report will be FNC’s Charles Krauthammer, Mara Liasson, George Will and Steve Hayes.

The show will air on your cable’s Fox News Channel Friday, May 2, at 9PM Eastern Time.

If you miss the original air date, Fox is replaying the special on Saturday, May 3, at10PM Eastern and Sunday at 9PM Eastern.