Svengoolie Living it... or Dying it up... In a New Coffin! 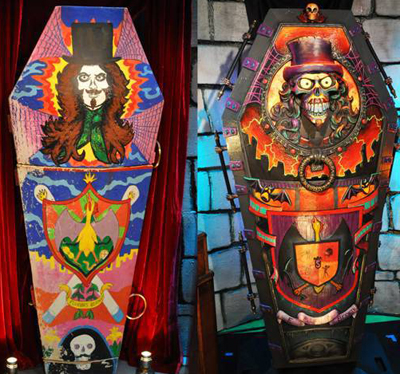 I know I missed this last week, but, I just have to finally get around to posting about this,

For those of you in Chicago, you’ll remember the many decades that the Son of Svengoolie (now just called Svengoolie) hosted his creature feature sci-fi and horror movies on local TV. The ghoul always hosted his show from his colorful coffin but this year he’s finally upgraded to a new casket.

The original was fashioned in the 1970s but was never made with an eye towards decades of use and few expected Svengoolie to be still hosting his movies well into and after the year 2000. At some point, the old coffin was just too beat up to continue with.

Here is the debut episode segments…

The new coffin was made by Acme Design Inc., in Elgin, Illinois.

More images can be seen at Terror Dave’s blog.