In 2011 Fox News started a new program to encourage young journalists to enter the field and one of the first graduates from the program is going to be based right here in Chicago. 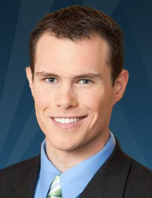 Garrett Tenney will serve as a correspondent for Chicago, so we here in the Windy City would like to welcome the young man to the grind.

Of the two-year program, Fox News chief Roger Ailes said in a recent press release, “I created this program with the hope of developing young and promising talent. I am greatly encouraged by the successful results of the previous two years and look forward to cultivating our next group of junior reporters.”

“The Ailes Junior Reporters Program gives participants the opportunity to learn all aspects of newsgathering including shooting, producing and editing stories, as well as on-camera reporting,” Fox says of the program in a press release. “Additionally, hands-on guidance during each step of the process is offered from both FNC management and the network’s seasoned journalists, including Shepard Smith, Bill Hemmer and Harris Faulkner.”

Sharri Berg, Senior Vice President of News Operations and Services also commented on the program in the press release saying, “Mr. Ailes’ vision for the program is to provide the junior reporters with an enriching journalistic experience that would help launch them in the next stage of their careers. We are proud of their accomplishments and eager for the next crop of promising talent to begin.”

Each of the five graduates earned a full-time position with Fox News or other news outlets upon graduating from the program.

As to Chicago’s new Fox Newser, Tenney graduated from Brigham Young University with a degree in broadcast journalism and since 2011, during his participation in Fox’s new Junior Reporter Program, was assigned to Jackson, Mississippi where he covered stories in the aftermath of the Gulf Oil Spill and other local stories.

The other four graduates are, Mary Quinn O’Connor, now a digital reporter for the FOX O&O in Charlotte, NC; Michelle Macaluso, the new correspondent for FNC in Washington, DC; Patrick Manning, now serving as an associate producer at FNC’s New York bureau, and Pete Griffin, who has been hired as a reporter by the ABC affiliate in Phoenix, AZ 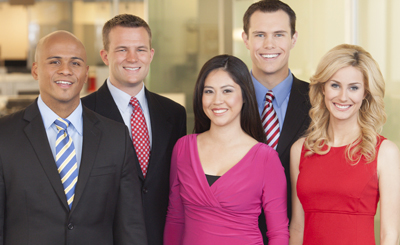 So, let me be the first to welcome Mr. Tenney to Chicago. Buy a parka, young man. It gets cold here. But be aware, the news is always white hot!