Some members of the Illinois chapter of Americans for Prosperity mounted a little community awareness protest over the crony capitalist role in Obamacare’s “enroll America” program being carried out by Blue Cross/Blue Shield. The protest was held outside the healthcare giant’s downtown headquarters, today. 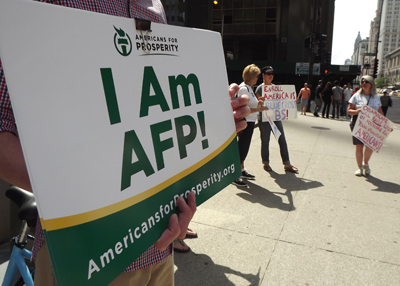 In a past press release, Americans for Prosperity said, “Blue Cross and Blue Shield executives met with President Obama and Secretary (Kathleen) Sebelius as recently as April to discuss how they can work together to enroll as many people as possible in insurance policies through the exchange. This is the epitome of a Big Business-Big Government partnership designed to grow private business profits through government force, all under the guise of a non-profit.”

The following are a few images from the Chicago protest. 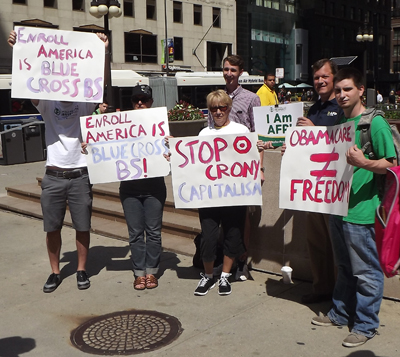 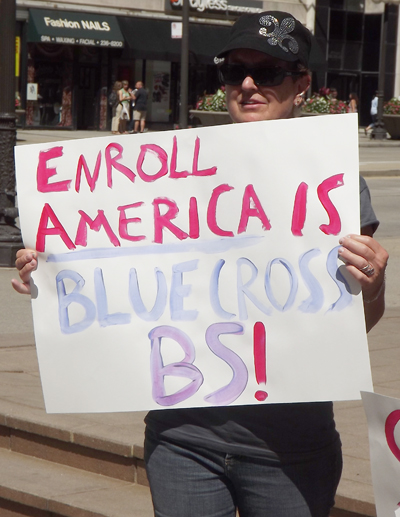 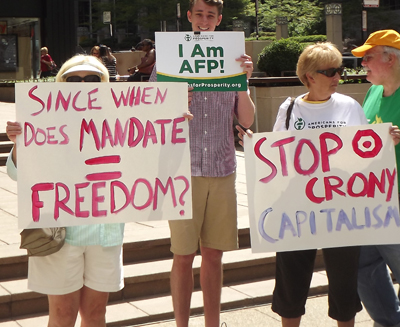 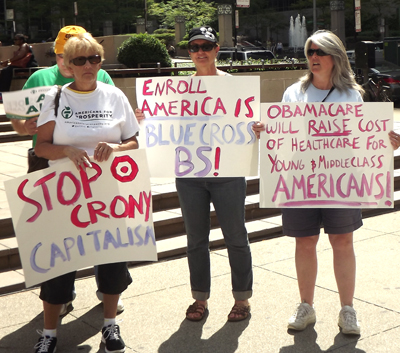