Photo: The Very First Computer in the U.S. House of Reps

This is an interesting post from Roll Call’s Friday Flashback: The First Computer in the House 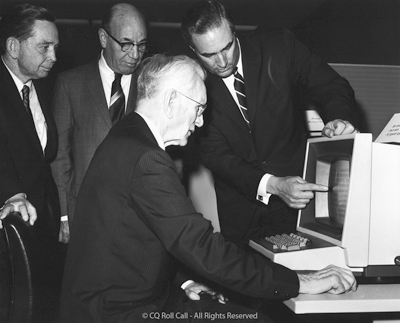 These days, in absence of computers it would be hard for Capitol Hill to conduct any business. But in the late 1960s, the new technology was a novelty in a world of typewriters and the ever-reliable pen and paper. In this 1967 photo, Speaker John McCormack and House Majority Leader Carl Albert learn to use the first computer in the House. That year, just three computers were on Capitol Hill, according to the Office of the House Historian — one for the Senate sergeant-at-arms, one for the Legislative Reference Service and one for the clerk of the House. The machines were used for inventory, payroll and other accounting work, according to the historian’s office.