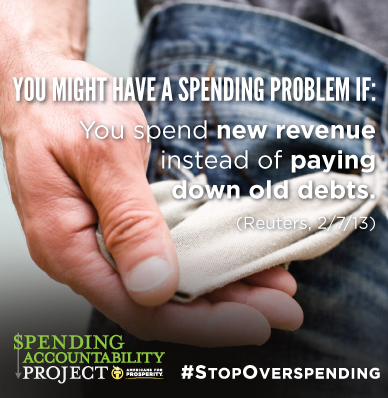 Over the past four years, President Obama and Congress have racked up huge spending bills. From the failed stimulus to the President’ new health care law to runaway spending on entitlement programs, Washington has blown through every dollar taxpayers have sent plus trillions more.

Families all over America are tightening their belts.

It’s time Washington did too.

Thankfully, this year Congress is already poised to cut $85 billion from the federal budget. It’s not enough, but it’s a good start. Let’s make sure Congress doesn’t go back on its word and try to undo the much-needed spending cuts.

Join Americans for Prosperity in sending a message to Washington: it’s long past time to get runaway government spending under control.