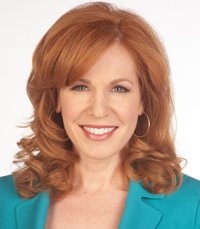 What: FOX Business Network’s (FBN) Liz Claman will have an exclusive interview with Acting Treasury Secretary Neal Wolin on Tuesday, February 26th from the Chicago Mercantile Exchange in Chicago, IL. Appearing on FBN’s After the Bell (4PM/ET), Wolin will discuss cyber security and employment in the United States.

Wolin received the Alexander Hamilton Award in 2011–the highest honor given to a Treasury official.

Many in Washington thought that Wolin was former Treasury Secretary Tim Geithner’s pick to replace him at Treasury, but it wasn’t long before rumors swirled early in January that Wolin was also headed for the exit door (many feel he wasn’t happy upon realizing he wouldn’t get Geithner’s job). Wolin was asked to stay on as the department’s temporary chief while the President endeavors to get his pick of Jacob Lew confirmed in the Senate.

Wolin may have had a roadblock to confirmation, though, in that he was a key architect of the disastrous Dodd-Frank bill, a law very unpopular with Republicans, to say the least.

Wolin was president and chief operating officer of the property and casualty insurance companies of the Hartford Financial Services Group. Previously he served under Clinton Treasury Secretary Robert Rubin.