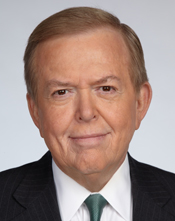 Lou Dobbs has been enjoying an awful lot of success these days over at Fox Business Network. I’ve reported about the solid performance that Lou Dobbs Tonight has earned and this week we get yet another great ratings success for the program.

Dobbs 7PM program has scored multiple ratings wins over rival Larry Kudlow on CNBC and according to Neilsen numbers, Lou Dobbs Tonight beat Kudlow by 65 percent in last week in the demo.

This is pretty good considering that Dobbs and FBN is the veritable newcomer on the block compared to the long standing CNBC programming.

With all the success that Lou Dobbs has built in 2012, next year ought to be quite interesting.