To Breitbart: Credit Where It's Due? 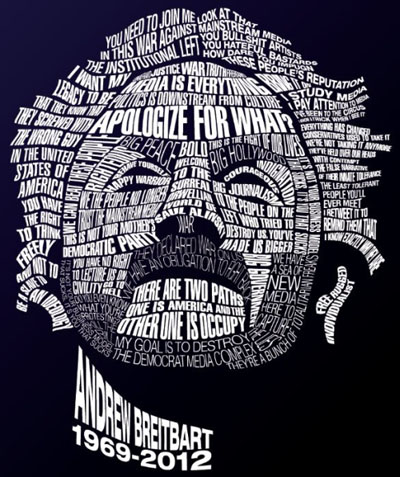 In an otherwise interesting piece on the way conservatives set the agenda for media coverage of the Democrat convention and its removal of God and Jerusalem from the Party platform, Slate committed the all too common error of lazy attribution.

In a Sept. 7 piece, Slate noted how conservatives had basically set the agenda for the coverage of the Democrat convention all day on Tuesday and Wednesday, Sept. 4 and 5. This was when it was realized that the Democrats had eliminated both God and Jerusalem being the rightful capital of Israel from their platform.

The Slate piece rightfully notes that Breitbart’s Jeff Dunetz was a source for breaking the news. But Slate gets the site wrong in its attribution. Slate notes that Jeff posted his story at his YidWithALid blog [sic] blog — which is certainly true even though it is actually called YidWithLid blog, no “A” — but neglects that Jeff gave the scoop to Breitbart’s Big Government first.

One of the biggest problems of reporting on stories that have a major Internet component is getting the attribution right. When writing of what happened on the Internet too many reporters don’t take the time to drill down to the original source of an Internet story, too often simply reporting the first site they first saw it on and presenting that as the source. Unfortunately, the Slate piece commits this error of lazy attribution.

Regardless of the misattribution (as well as that of the The Weekly Standard) Slate is exactly right about how that story was launched into the mainstream. Conservatives were the first to notice this news that defines the modern Democrat Party, pushed the story, got the attention of mainstream journalists, and activated the nation. In turn this forced the Democrats to cave and reinsert both God and Jerusalem into their platform.

And in all this, Jeff Dunetz and Big Government are the only ones to have noted that the news first came from a tweet made by the Republican Jewish Coalition

But contrary to what Slate says, the story has not just died off. There were other aspects of this story that need attention.

For instance, it was revealed on Breitbart’s Big Peace that not one Democrat saw anything wrong with the removal of God and Jerusalem from the Democrat platform during the months-long process of the document’s writing. In fact, the removal was initiated early in the process and months went by without a word raised questioning the removal.

Even Politico noted that President Obama had seen and approved of the Party platform containing the exclusions of God and Jerusalem before the issue became a big sticking point embarrassing Democrats.

Finally, Ben Shapiro also revealed that the full pro-Israel 2008 platform language was not restored and will not be restored to the platform despite all the fuss.

Worse, the fact that the Democrat Party’s delegates had booed the reinsertion into the platform of God and Jerusalem was under severely covered by the Old Media.

In the final assessment, the Old Media failed to give this important story, one that thoroughly defines the modern Democrat Party, the full attention it deserves.