Mountains out of Molehills: The False Attack on Ryan's Mountain Climbing 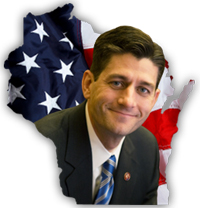 Democrats and their progressive cohorts are now trying to claim that Republican VP candidate Paul Ryan is lying about the number of times he’s hiked Colorado’s mountainsides. Naturally they are garbling the truth. Is there anything these left-wingers won’t try to make into an end-of-the-world outrage?

This faux outrage is, indeed, a “mountains out of molehills” moment, because the facts show this purported controversy is reaching to the heights of pure demagoguery.

These Obama surrogates are claiming that Paul Ryan lied when he said he climbed 40 of Colorado’s 54 mountain peaks that rise to over 14,0000 feet in height — peaks called “fourteeners.” This, they say, is nearly impossible because the amount of time and training that would be necessary to have tackled 40 of Colorado’s “fourteeners” would have left Rep. Ryan little time for Congress.

Leading the pack is the left-wing The Atlantic which scoffed at what it falsely claimed was Ryan’s boast. The Atlantic’s dudgeon is high as it pulled on its hiking boots to tromp all over Ryan’s “lie.”

To have climbed forty and not be a resident means that you would have had to devote entire summers to climbing fourteeners, in essence becoming a “lifestyle” hiker/scrambler. I doubt Ryan had the time or dedication to fourteeners to take the required time out from his political career. Even if you did four a summer, that would be ten summers devoted to traveling to Colorado for the purpose of high altitude hiking. Even if you live here and can drive to the trail heads, forty is a huge commitment of time and energy.

It wasn’t long until the eco chamber took up the cause and others followed suit to scoff at what they claim is Ryan’s fib.

In actuality, Paul Ryan said he’d made some 38 climbs in his lifetime. He did not say he climbed 40 separate “fourteener” peaks.

Courtesy of the Milwaukee Journal Sentinel, here is what Ryan really said about his hiking record.

Ryan: “My mom was very outdoorsy … We spent our summers doing backpacking trips in the (Colorado) back-country, you know, Snowmass Lake, Capital Peak, spent all our summers doing that … went all over White River National Forest, just the whole Elk range. I mean I’ve climbed every fourteener in that range and the three around there … So I got into climbing fourteeners when I was 12, with my brother, Stan. My mom got us into that.”

Question: “How many fourteeners have you climbed? Or how many times?”

Ryan: “I’ve done it 38 times. … I’ve done 38, but I think the number of unique peaks is something like twenty… no, no it’s like thirty or something like that. I counted it up a year or two ago.”

Question: “Most of those in Colorado?”

Ryan: “All of them are in Colorado. So I think I’ve climbed like 28 (peaks), and I’ve done it 38 times, because I’ve done a number of them a few times. So I was, you know, kind of into that stuff.”

I think the air is too thin for his critics, at this point.