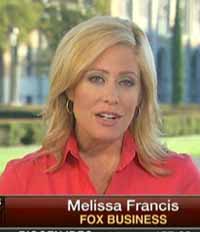 Fox Business Network’s Melissa Francis has been taking on the oil industry for about a month, now, discussing prices, stocks, and supply and how all this is affecting our economy. This week Francis is reporting from the hub of America’s oil economy, Houston, Texas, broadcasting from the George Brown Convention Center.

One thing Francis is noting is that, unlike much of the rest of the country, Houston’s is a booming economy and the oil industry is a big part of that.

In a recent interview with Houston Business Journal, Francis was quite amazed at Houston’s boom times.

“You guys are making hay while the rest of the country is struggling,” said Francis. “And people don’t understand how much (Houston) has branched out. There’s so much oil and gas industry concentrated there, but so much more going on.”

Francis will be talking up the Oil Biz on Thursday and Friday, September 20 and 21 at 4PM eastern on Fox Business Network during her show Money with Melissa Francis. (Comcast: Channel 234 in Chicago)

Francis will also welcome quite a few guests to help her flesh out the oil industry. 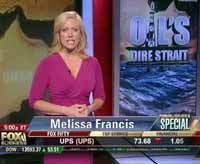 Francis, the “Empress of Energy,” has been focusing on the oil industry since her Oil’s Dire Strait report last moth as she traveled to the Strait of Hormuz for an in-depth look at the waterway that supports some 35% of the world’s waterborne oil freight.

Since last month Francis has been reporting on the fundamental issues facing the global oil market and will continue her reportage in Houston for the next two days to wrap up her headline-grabbing focus on this sector of the economy. 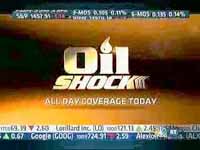 Amusingly, just as Francis’ reports on the oil industry has been making waves and grabbling headlines, suddenly CNBC felt the need to jump into the same story with a show the rival network is calling Oil Shock.

Francis has been crisscrossing the globe talking about the oil industry all month and now CNBC, the network that claims to be “first in business worldwide,” seems to be brining up the tail of this story.

Next up, Fox Business Network is planning to send Liz Claman to the Midwest for a special report to be titled “Open for Business.” This report will highlight cities that are experiencing an economic and hiring boom. Perhaps CNBC will keep playing catch-up as Claman hits Cleveland on October 4th and 5th?