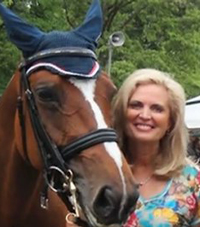 Political news site Politico is not done needling Ann Romney for having a top-rated horse in the Olympics, apparently. Witness an actual Politico headline: 10 things to know about Rafalca.

Most of the “ten things” are just facts about the horse, Rafalca, but one of them was a political jab and a second was misleading.

The political jab was that purported funnyman Stephen Colbert made a satirical video about the horse. Ho hum.

The misleading one was in the first few words of point five. It says that Rafalca “has her own clothing line.” Politico goes on to report that owners of the horse have made up ball caps and t-shirts screen printed with the horse’s name for fans to buy over the Internet.

But I’d guess that was the point. Anything to makes the Romneys seem elitist.