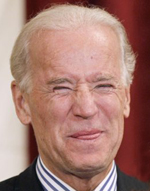 Last week the talk of the news cycle centered on yet another “gaffe” by Vice President Joe Biden. In front of an audience half filled with African Americans Biden made the outrageous claim that Republicans want to put blacks “back in chains.” Many left-wingers and Democrats rushed out to defend Biden’s idiocy, but this weekend the Boston Globe parted company with defenders and demanded that Biden apologize for his remarks.

One of the untenable claims that Democrats are using to try and excuse Biden’s comments is that the audience in Danville, Virginia didn’t have many blacks in it. Therefore, Biden lapsing into black dialect and saying Mitt Romney wants to put “ya’all back in chains” surely wasn’t an example of Biden talking to blacks. But it its very first paragraph, the Globe demolishes that faux fact saying that Biden was addressing a crowd made up of “hundreds of African Americans.”

The Globe is correct on that point. Video of the event does show that the audience was about half African American.

The Globe goes on to invoke the obvious “what if” question that is an applicable point, here.

But imagine if Republican Paul Ryan uttered comments like that. Mitt Romney’s pick for vice president would be pilloried for racial insensitivity — and so would Romney. In the fight for civility and substance over pointless hyperbole, Biden may not be the worst offender. But he’s an offender nonetheless, and he should apologize.

“Biden has a history of making remarks that would rile up liberals if they were spoken by a conservative politician,” the Globe points out.

And this is the Globe’s main point. Why, the paper’s editorial board wonders, should Democrats be let off the hook for racial insensitivity while Republicans are excoriated at every turn for what is assumed to be the same behavior?

Liberals routinely dismiss Biden’s gaffes as the rhetorical excesses of an overly exuberant speaker — it’s “Joe being Joe.” And there can be something appealing about a politician who throws caution and the script that goes with it to the winds. Yet when conservative speakers get overly exuberant and cross a rhetorical line, they are presumed racist or culturally insensitive, rather than refreshingly free-spirited. One standard should apply.

But, was Joe’s latest outrage a “gaffe”? Hardly. Biden’s comment was direct pandering, an acrimonious lie cast at the GOP, and fully intended to get African Americans filed up against Romney/Ryan. This was hardly an absent-minded gaffe. It was a calculated, overt, outrageous attack on the integrity of his opponents.

What’s more, Biden assumed he’d get away with it simply because he’s a Democrat.

Of course, it was just “Joe being Joe.” After all, he’s spent 40 years in politics making these sort of hate-filled attacks on his opponents. Joe Biden is not a man of substance. He never was. He’s a man of simple-minded demagoguery. Anyone who defends that is just as bad as he.

There is a disgusting double standard constantly at play in the Old Media establishment, one that always, always dismisses any finding that a Democrat is using racist language or imagery while lambasting any Republican that can even be construed as having done so.