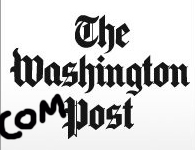 It’s another case of newspaper columnists claiming someone they’ve never listened to in their lives is talking trash against them. This time it is Paul Farhi for the Washington Post who on July 17 claimed that Rush Limbaugh said that the super villain in the new Batman movie is a “liberal attack on Romney.”

Farhi’s headline reads, “Rush Limbaugh claims ‘Dark Knight’ movie is liberal attack on Romney,” but the truth is, of course, that Rush, did not say that the terrorist character Bane in the soon-to-debut Batman movie is meant as an underhanded slap at Mitt Romney. He just didn’t.

My guess is that Farhi only briefly scanned the transcript of Rush’s comments about the Batman movie made during his July 17 show because tone is telling when you actually hear the Rush’s comments as I did when the show was going on. Rush was not saying that the movie was planned as an attack on Mitt but that some pundits were making such a claim that day. He was also ambivalent on the whole thing, not claiming to have fully accepted the idea himself.

Rush did note that many “brain-dead people” will hear the name Bane and then immediately think of Romney’s association with Bain Capital, but he did not say that this was the purpose of the character being in the movie as Farhi tries to lead readers to think.

Rush’s tone is not readily apparent in the written transcript of the segment that was posted to his website but when you listen it is far more evident that at the beginning he wasn’t stating the Bane-as-Romney allegation as fact. But, Farhi takes a few sentences of Rush’s comments out of context to make it seem like Rush was flat out saying that the Batman bad guy is a swipe at Romney nonetheless.

All Fahri says of Rush’s comments past the headline is at the end of his piece.

“The movie has been in the works for a long time, the release date’s been known, summer 2012 for a long time,” he said. “Do you think that it is accidental, that the name of the really vicious, fire-breathing, four-eyed, whatever-it-is villain in this movie is named Bane?”

He added, “This movie, the audience is going to be huge, lot of people are going to see the movie. And it’s a lot of brain-dead people, entertainment, the pop-culture crowd. And they’re going to hear ‘Bane’ in the movie, and they are going to associate Bain. And the thought is that when they start paying attention to the campaign later in the year, and Obama and the Democrats keep talking about Bain, not Bain Capital, but Bain, Romney and Bain, that these people will think back to the Batman movie —’Oh yeah, I know who that is.’ There are some people who think it will work…Others think — “You’re really underestimating the America n people who think that will work.”

So, anyway, this evil villain in the new Batman movie is named Bane. And there’s now a discussion out there as to whether or not this is purposeful and whether or not it will influence voters.

That’s right, Rush was telling his audience that “there’s now a discussion” on the matter. Guess when Rush said that? It was none other than the very sentence before Farhi begins to quote Rush. Convenient that Farhi sort of forgot that part, isn’t it?

In the end, it is the current discussion about the movie that Rush was talking about. He made no direct assertion that the movie and character were a purposeful attack on Romney.

Rush did say that some stupid people might, indeed, draw the comparison. But nowhere did Rush say that he thinks the moviemakers meant to equate the evil Bane character to Mitt Romney. Rush was just relating what “some people” were talking about this week.

Regardless, Paul Farhi had to distort Rush’s comments.