THIS is America, not Obama’s reductionist version were the only way anyone can get ahead in life is to have his big brother government push them along.

Business owner Steve Webb of Snoopy’s hot dog stand in Raleigh, North Carolina, is pleased to tell customers that Obama had nothing to do with their business succeeding. 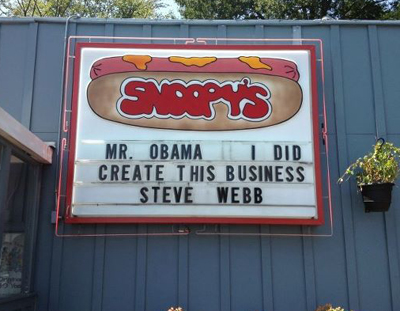 Take that you Marxist, moron.

Folks, we have two choices for this election: Romney’s marketism or Obama’s Marxism.