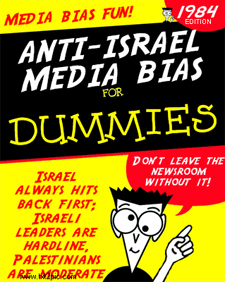 It has been noted that Salon.com has been treading an increasingly anti-Israeli path and its recent announcement of a partnership with the anti-Semitic news site Mondoweiss.net seems another step down that road.

On July 16, Mondoweiss announced on its website that it was officially teaming up with Salon and the news is not sitting well with pro-Israeli activists and bloggers. Mondoweiss, they say, is a virulently anti-Semitic site.

Upon news of the teamup, for instance, the staff at the Algemeiner blog reported the many voices calling Mondoweiss an outlet for anti-Semitism.

A blogger at Elder of Ziyon blog also excoriated the move saying the teaming is the “mainstreaming of anti-Semitism.”

Michelle Goldberg of Tablet also agrees. Mondoweiss, she says, has become a “nucleus of anti-Zionist writing” and is “fulsomely, intensely anti-Israel.”

Even The Atlantic, no right-wing magazine that, called into question the extremism of Mondoweiss. On July 14, The Atlantic pointed out that, “Mondoweiss often gives the appearance of an anti-Semitic enterprise.”

Mondoweiss is not just populating the Internet with attacks on Israel, either. In January of 2011, three Mondoweiss writers, Adam Horowitz, Lizzy Ratner, and blog founder Philip Weiss published a book lauding the now discredited 2009 Goldstone Report.

The Goldstone Report, you may recall, was a UN-sponsored report of results from an investigation into the 2008-09 Gaza Conflict. The original report excoriated Israel for its actions in the Gaza War. Many anti-Israel activists pointed to this report as proof of Israel’s crime. But eventually even author Richard Goldstone had to admit that his report was seriously flawed. By 2011 Goldstone had walked back the severity of his findings.

Salon has indulged many outbursts of anti-Semitism in recent years. To name just a few, in 2010, Max Blumenthal tried to smear investigative journalist James O’Keefe with anti-Semitism, then in Jan. of 2012 Salon published an interview of Zibigniew Brzezinski who essentially indulged an old trope that Congress was controlled by Jews, and a few months later, Salon writer Eric Boehlert characterized expressions by Muslims for another Jewish Holocaust as but “brash sentiment” instead of the virulent hatred that it is.

With this partnership with Mondoweiss, it appears that Salon is cementing its position as yet another intensely anti-Semitic website of the progressive left.