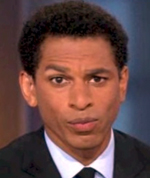 Proving that racism can be found literally anywhere by an enterprising MSNBC talking head, the single-monikered Toure of The Cycle quixotically told the show’s panel that he thought that racism lies at the root of the response to the theater shooting in Aurora, Colorado.

During a discussion on the political atmosphere after the Aurora shooting, Toure said he had “hoped” that the whole incident would provoke a “Trayvon Martin situation,” but that in the end it all boiled down to what he felt was the common racist attitude of making sure that “law abiding white people have access to guns” while “black criminals” don’t.

How Toure got from a white shooter with no past run-ins with either law enforcement or mental health professionals who shot up a mostly white audience to the idea that all people care about afterward is keeping African Americans from observing their Second Amendment rights is anybody’s guess.

Here is what he said in the July 23 show:

We never have this debate until we have a tragedy and then its over emotionalized, its over fraught [sic], you can’t have a substantive debate when everybody’s so sensitive.

Day to day crime, as we’ve talked about, has fallen over the last 20 years so I think the average voter feels less of the fear that would motivate lawmakers to do something. These spectacular mass killings are way up from when our dads were kids — I think there was something like 11 in the 50s and 60s and over 550 in the last part of the lat century a decade ago.

So, those things sort of make us think about these things, but we understand those are outlier crimes, somebody going to shoot up the mall or shoot up the school. I would hope that it would be something like a Trayvon Martin situation that would make people think, ‘Wow. wrongful death, even though it’s a legal gun owner. How do we move forward from this situation?’ But so much of this issue, I think comes down to, ‘Let’s make sure law abiding white people are able to have access to guns and make sure that black criminals are not and that becomes part of the locus of the problem.

And we don’t even want to talk about that sort of racial, black sort of bottom of it all, but that’s definitely part of it.

In his short tenure at MSNBC, Toure has unleashed a torrent of left-wing tropes. Early in July he was all atwitter over Obama mandates hoping to see big daddy government grown immensely, the previous month he asserted that any criticism or interruptions of Obama are based solely on the fact that he’s black and on another show he outrageously hinted that the military might have murdered Pat Tillman to silence him from criticizing the Army. On still another episode he tried to ridicule a college student for having the temerity to be a Republican.

Toure doesn’t just keep his rants on MSNBC. In March Toure got into a heated public feud with CNN host Piers Morgan over an interview that Toure didn’t like that Morgan conducted with accused killer George Zimmerman. Morgan invited the bomb thrower on his show to talk about their fued and eventually Toure proceeded to unleash an epic race-baiting meltdown after which Morgan said, “I like to think of myself as a professional journalist, Touré. I think that you are something else.”

Clearly Toure feels that throwing the race card is his stock and trade.