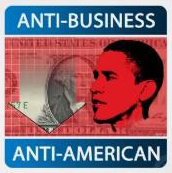 The message from the Old Media to Romney backers is that anyone daring to oppose Barack Obama better be prepared for the full weight of the Obama-friendly press to come down upon you. This is what small businessman Jack Gilchrist discovered after appearing in a Mitt Romney for President TV ad.

Gilchrist owns a small business in New Hampshire called Gilchrist Metal Fabricating, a company run by himself, his father and his son.

The small businessman agreed to be in Romney’s ad because he feels that President Obama is simply against the business sector.

After a clip of Obama’s now notorious 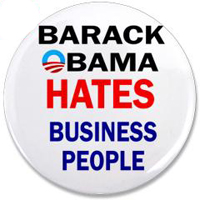 But don’t worry. It’s the media to Obama’s rescue. John DiStaso, senior political reporter for the New Hampshire Union-Leader, decided to look into businessman Gilchrist’s company to see if he really did build his company on his own.

In an article that seems to have disappeared from the Union-Leader’s website, DiStaso reported in his Granite Status report that Gilchrist not only got some government-sponsored loans and bonds, but he has also been a contractor for the U.S. military.

Gilchrist noted that he wished he’d never gotten involved in any of those government deals because none of them brought him any noticeable profit. Gilchrist went on to say that being in the ad decrying government interference in the business sector was no hypocrisy.

“I don’t feel as though I’ve compromised anything or misled anybody,” he said.

John Nolte of Big Journalism agreed that it was no hypocrisy.

I’m not saying private citizens are completely off-limits, either. If Jack Gilchrist was caught lying, that’s worth reporting. But Gilchrist didn’t lie nor was he in the least hypocritical, which is what the Union-Leader is obviously implying. Part of building a business on your own requires doing the hard work required to get loans — government or otherwise — and doing the proactive work necessary to receive government contracts.

How in the world is taking advantage of what your tax dollars help make possible a form of hypocrisy?

But there you have it. Appear in a Romney ad and be prepared for the media to attack you for it.