Dear GOP, Let's Not Waste Romney's VP Pick on One of Our Best Guys, OK? 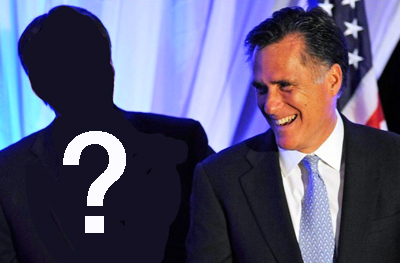 Who should be Romney’s VP pick? I know who it shouldn’t be!

I don’t want Paul Ryan to be Romney’s Vice Presidential pick. I also don’t want Bobby Jindal, Chris Christie, or Marco Rubio to be picked. It’s not because I don’t like these guys, but because I do like them. It is precisely because they are good politicians, necessary politicians, effective politicians that I don’t want them wasted as a measly VP pick.

Does that seem counter intuitive? Well, as the founders always used to say, let’s let history be our guide. History tells us that the vice presidency is a career killer, a position to which we should try to avoid nominating our best guys.

Looking over the list of politicians that have run for vice president shows us a long, long list of fellows whose career essentially ended after the conclusion of the election. Even those candidates who won his quest for the second chair often found their political lives at a dead end once their term(s) were over.

Remember all the great stuff that Charles Fairbanks did after he left the Vice President’s chair? How about the heights of success that Vice President Alben Barkley went on to achieve? Does anyone recall the great works that losing VP candidate William Miller was famous for? Neither does anyone else. (Amusingly, Miller was one of the first people to appear on the “do you know me?” commercials for American Express credit cards. That shows how quickly he disappeared from the national scene.)

Now, the list of elected vice presidents that went on to become president is also pretty small and a large number of those only became vice president after their president was assassinated or otherwise died in office. Very few won their own election outright — though more recently than earlier.

On the contrary, what we see is that VP candidates usually find that their candidacy marks the end of their active political careers. Losing makes it worse, too. Only a handful of these men had an active, important political career after a losing bid. There were a few that survived a losing grab at the brass ring, of course. Bob Dole, Hubert Humphrey, Richard Nixon, these are some of the very few whose career went strongly on after he lost a bid for the second spot on his party’s ticket.

One reason that many VPs disappeared from politics after either winning the office or losing their bid is because those men were already essentially at the end of — or close to the end of — their political careers. Often they were older, had already been successful governors, senators, representatives, or what have you, and the VP slot was seen as a reward for a career well lived. This may have been a big factor, granted.

But the history of the campaigns for the office shows that the career of the largest number of these VP candidates is over after the campaign, even if they win.

So, that takes me back to Rubio, Ryan, et al. These guys are incredibly important politicians for the GOP cause. We sorely need each of them in positions of influence and power in the party. But once they become a VP candidate all their effectiveness will immediately come to an end.

Ask Lyndon Baines Johnson about that. Before he was Kennedy’s VP he was the leader of the Senate and one of the most powerful men in the nation. The minute he accepted that second slot he lost every single bit of influence he thought he had. He became utterly useless to Kennedy and Kennedy treated him that way. So did the nation.

So, what I am saying here is we need to put someone in the number two slot who isn’t vitally important to our cause. We need to pick someone whose career is closing out or one that has stalled. We would be making a huge mistake to waste someone who is a rising star or an important powerhouse by sticking them in as Romney’s VP pick. Worse, if he loses, he’s finished and we will have lost him completely.

I agree that whomever Romney picks should be the sort that would make a good president if the worst situation comes to pass. I also agree that he would have to be credible enough to be a solid presidential candidate after his own VP term(s) end. But we would be harming ourselves and our cause to pick one of our up-and-coming stars or anyone that is vitally important in their current job (like Paul Ryan) because history shows that taking the second slot in a presidential election eliminates them from further use to us.

But there is a reason that FDR’s first VP, “Cactus Jack” Garner, said that the office wasn’t worth a “warm bucket of spit.” (And journalists of the day cleaned that up from sh*t, most certainly.) The office is simply not where we should be putting our best and brightest.

So, of Rubio, Ryan, Jindal, Christie, please leave all these guys off the list, won’t you? We need them where they are, not wasted as a VP pick.