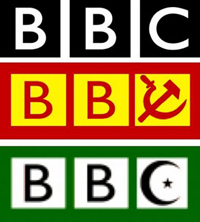 BBC Chief Mark Thompson admitted openly that his network “got it wrong” in its initial dearth of coverage of the mass murder in the West Bank of a Jewish family, killed by Palestinians.

When the massacre of five members of the Fogel family happened back in March the captive British audience that tax-supported BBC sometimes deigns to cater to were left practically uninformed about the incident. As more Brits every week began to discover news of the murders from foreign news sites criticism of the BBC began to mount.

Murdered was Udi and Ruth Fogel, sons Yoav (age 11) and Elad (4), and daughter Hadas (only three months). The family was slaughtered in their beds as they slept in their home. Their throats were cut, they had been stabbed through their hearts, and father Udi was decapitated. The incident was discovered later by a daughter who wasn’t home at the time.

Naturally, Palestinians were elated by this vicious act and were reported to have celebrated by passing out candies to children.

By June 21 the ire against the BBC had reached a point where even politicians began to criticize the national broadcasters. This is what finally brought Thompson’s admission.

During a meeting of the Culture, Media and Sport Select Committee, MP Louise Mensch scolded the Beeb saying that complaints from her constituents amounted to “the most reaction I have ever had in all my time in politics.”

She said: “The BBC ran the story on Radio 4 and a lead item on the website but they never subsequently touched it in broadcast or on the 24-hour rolling news programme on BBC News 24. I only found out, after the event, from an American blog, called “Dead Jews is no news” and the more I went into it, the more shocked I was.

It isn’t clear what “blog” that MP Mensch is talking about, but there is a March 14 article about the massacre written by Mark Steyn and posted to the National Review website that features the headline, “Dead Jews Is No News.”

For his part, BBC Chief Thompson tried to explain that the incident occurred during a “very busy news period” which included the tsunami in Japan and fighting in Libya.

“News editors were under a lot of pressure,” he said. “Having said that, it was certainly an atrocity which should have been covered across our news bulletins that day.”

Thompson went on to apologize for the lapse of coverage.

But I do want to say, to all our audience including our Jewish and Israeli audiences here and around the world, we do want to make sure we are fair and impartial. We made a mistake in this instance.

March was a problem month for Thompson and the BBC. Back on March 3, the Beeb Chief was forced to admit that his network covered Jews, Christians and Muslims quite differently, resulting in a bias that favored Islam.

BBC Chief Mark Thompson was also in the news in America a few weeks ago when it was reported that he was one of the candidates in meetings to become the next head of The New York Times.