ABC News Chief: Our Colorado Coverage Was Great… Except for That Brian Ross Business 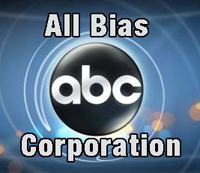 ABC News President Ben Sherwood held a conference call of staffers on July 24 and told them that he felt his network’s coverage of the shooting at a Colorado theater was topnotch work, well, except for that whole smearing of the Tea Party indulged by ABC News chief investigative reporter Brian Ross, that is.

Only hours after the shooting occurred, Brian Ross took to an ABC news broadcast to announce that he’d found a man with a similar name as the shooter’s on a Colorado Tea Party site thereby illicitly linking this innocent man and the Tea Party to the mass murderer. Calls for Ross to be fired over his lack of journalistic ethics have been heating up the Internet and talk radio airwaves ever since giving ABC a black eye.

But this week, on a daily morning editorial conference call participated in by top staffers across the country, Sherwood praised his team on its coverage of the shooting in Colorado. Even so he was forced to admit that the unproven allegations made by Ross that the murderer *might* be a member of a Colorado Tea Party group hurt the network’s credibility.

Sadly, it took Sherwood four days to finally come to this realization. Additionally, Sherwood seems to have come to this revelation only after late night comedians Jon Stewart and Stephen Colbert lambasted ABC and Brian Ross for his outrageous failure to observe even the most basic of journalistic practices.

Speaking of troubles with ABC’s recent coverage, the mother of the shooter has also scolded the network for misreporting her words to police when she was initially contacted about her son’s involvement in the crime.

ABC early reported that Arlene Holmes had told police that they had “the right person” when they called her to ask her about her son. But ABC made it sound as if the woman was telling the police that she wasn’t surprised that her son was the shooter. Holmes has since said that she was only confirming that she was the shooter’s mother and was not making any statement about her son and charged ABC with falsely reporting her comments.