You Need to Watch This Sneak Preview of 'Bunheads,' a New TV Show

A new show is giving a sneak preview of its first episode online. I am almost afraid to say I thoroughly enjoyed this pilot episode of the new series from ABC Family entitled “Bunheads.” 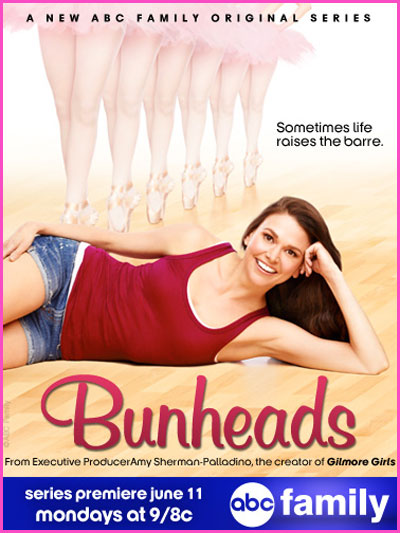 Usually if a show doesn’t have a cop, an alien’s head exploding, a car chase, a cowboy shootout, or a space ship in it, I just don’t care to watch it. But I went to this sort of secretive website and put in the pass word “LyingGameFans” and watched this thing.

It was very good. It was sweet, funny, and utterly compelling. I think you’ll like it, too. I particularly liked the lack of a laugh track.

Bunheads is the tale of a Las Vegas showgirl (series lead Sutton Foster), who impulsively marries a man, moves to his sleepy coastal town, and takes an uneasy role at her new mother-in-law’s dance school.

From Executive Producer Amy Sherman-Palladino, the creator of Gilmore Girls, the series will be headlined by Tony Award®-winning actor Sutton Foster. Bunheads is set to premiere Monday, June 11.

I know, right? Gilmore Girls?? I never watched a single minute of that show, too girly for me. So, I went into this with no idea what to expect re the writing. And that writing was top notch, I felt.

I really liked this show. I think you might, as well. Go take a look and see if I’m right.