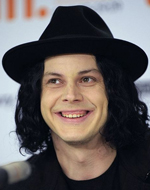 Jack White recently of the band The White Stripes has realized something important, capitalism works. At least it works when properly approached and with the release of several special vinyl albums he is trying to do it right, much to the consternation of some of his cheapskate fans.

As it happens, Mr. White is part of Third Man Records label, a company that produces special pressings on vinyl for the collectors market. But, seeing as how they are both limited and collectors editions, they aren’t cheap. This has apparently made some of his fans mad.

With a price tag of upwards to $300 a piece, some fans have claimed Jack White is ripping them off. But Mr. White begs to differ. He says there is no reason why he should sell these collectors items at cheap prices just so that ebay speculators can buy up a large number of them only to go online and flip them for two, three, or more times as much as the original purchase.

We sell a Wanda Jackson split record for 10 bucks, the eBay flipper turns around and sells it for 300… If 300 is what it’s worth, then why doesn’t Third Man Records sell it for 300? If we sell them for more, the artist gets more, the flipper gets nothing. We’re not in the business of making flippers a living. We’re in the business of giving fans what they want.

White has told his fans to quit the whining because he is giving them exactly what they want, a collectors item that is actually worth the money and giving more money to the actual artists and producers of the works.

White is exactly right. Unfortunately, too many people simply don’t understand how capitalism works (and more especially the capitalism of the collector market). Or perhaps more to the point, they refuse to understand.

In any case, it is good to see someone in the music industry so business savvy as Mr. Jack White. May he prosper.