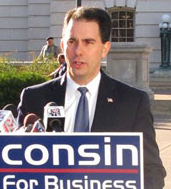 As I write this it is only hours before the polls in Wisconsin open to take votes for the Walker recall effort. Polling data says that Walker will likely win this election, though the media spin this as a “close” thing. Whether Walker will win or not I won’t guess on the eve of voting day, but one thing I can say for a fact is that if Walker does win this election the media will claim that the election is meaningless as to any greater import to the 2012 election cycle.

That’s right, if Scott Walker retains his governorship, the media will suddenly find that this recall election really doesn’t mean a thing. 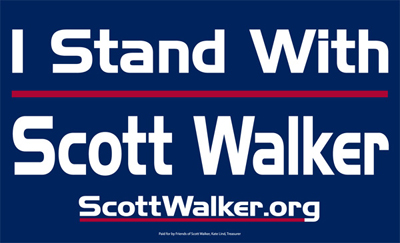 Now, this is a far different narrative as we stand pre-election day. The media has been calling this election an important bellwether for unionism. They have said that this election has excited unions and driven them to the streets in an important show of unanimity.

The election has also been called a trial run for the November presidential election one that might act as a guidepost of what will happen with Obama vs. Romney.

But all that speculation will utterly disappear if Walker wins his recall election.

If Walker pulls this out the media will suddenly find that Wisconsin doesn’t mean anything where the November election is concerned. The vote won’t mean anything to the state of unions in America. Nothing will be affected and they will claim that Walker’s re-election was a foregone conclusion one that doesn’t really portend anything for anyone.

Of course, if Walker happens to lose, this election will be ballyhooed as the rebirth of unions in America, a strike against all Republicans, and a victory of Obamaism.

The Old Media will not be able to bring itself to give Walker any credit nor will the Old Media afford his election any import if he wins.

One other thing to get ready for is massive Democrat vote fraud in Wisconsin. Walker better be ready to contest the fraud that will occur at the hands of union thugs across the state and those thousands imported from other states to perpetrate it.

Now, Wisconsin Republicans and conservatives, you NEED to go vote today. DO IT! Show these un-American unions what real democracy looks like.