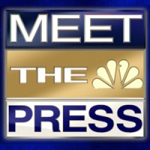 Newark, New Jersey Mayor Corey Booker is apparently now washed up. He went from being one of the most prominent up-and-coming black Democrats to being on the outside looking in merely because he said something that diverges from Obama’s war on capitalism. Now even NBC is kicking him out of its Meet The Press studios. Yep, ol’ Corey is finished.

Only two weeks after Mr. Booker demurred from attacking Mitt Romney, Bain Capitol, venture capitalists, private equity — heck, even capitalism in general — NBC has replaced Booker with another black politician that will better pay fealty to Obama’s campaign for a second term, one that is based on a war on capitalism.

For Meet The Press, out is Corey Booker and now in is Atlanta Mayor Kasim Reed.

Booker made himself a target of the media, leftists, and Obama supporters everywhere a few weeks ago by telling the audience of Meet The Press that all these attacks on capitalism perpetrated by Obama and his surrogates was “nauseating.”

On the NBC weekend talk show, Booker said that the negative ads in the presidential campaign are, “nauseating to me on both sides. It’s nauseating to the American public. Enough is enough. Stop attacking private equity…”

Of course, a few days later Booker tried to walk back comments that were being widely used by conservatives and Republicans to lambaste Obama.

Them after a week of the lefty talkers, bloggers, and newsers excoriating Booker, his communications director resigned, though Booker’s office said that the resignation had nothing to do with the flap. Few believed that spin, though.

Now, the Old Media is punishing Booker further by removing him from one of its most venerable “news” shows.

All this for speaking out in favor of capitalism! Quite a crime, isn’t it?

It just goes to show that if you ever disagree with Obama you will be punished. It shows that the Democrat Party is not a party of free speech, free thought, and free expression. It also shows that the Old Media will do all it can to make sure no harsh words against Obama are uttered.