WV Dems Not Thrilled About Anti-US Energy Obama, Voted for Felon Instead 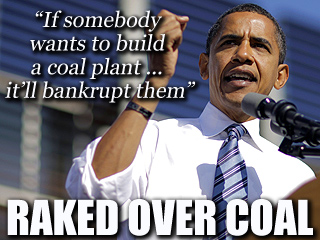 President Obama had an opponent in the West Virginia Democrat Primary and the fella did pretty well, too. Democrat Keith Judd was Obama’s primary opponent for the Democrat nomination for President on Tuesday and he garnered 40% of the cote, too. I’d say that’s pretty good for a convicted felon that is still serving time in a Texas jail, wouldn’t you?

Oh, I am not pulling your leg, dear reader. Make all the jokes you want (the first one that comes to mid is that all Democrats are criminals) but it really happened. Mr. Judd ran against Obama and got 40% of the vote.

Judd, who is serving a 210-month sentence in Texas for making threats at the University of New Mexico in 1999, ran his campaign from jail. Amusingly, since he got over 15% of the vote, he qualifies to get a delegate to the Democrat National Convention — though no one has filed to be a Judd delegate.

So, what happened here? For one, President Obama has spent the last 6 years campaigning against one of West Virginia’s largest industries: coal. Not only did he make anti-coal energy a pillar of his 2008 run, but since his ascendance to the the White House he and his administration have done all they can to destroy not only coal but the whole of America’s energy industry.

West Virginians have not been too fond of President Obama over his desire to destroy their livelihood, for sure. Only days before the primary, Governor Earl Ray Tomblin, a Democrat, said that Obama has yet to earn his vote. Tomblin citied Obama’s failed energy policy as one of his reasons for knocking the President. On primary night, Democrat Senator and former Governor Joe Manchin refused to tell the media for whom he voted.

It is also interesting to note that West Virginia has a closed primary. Only Democrats can vote in the WV Democrat primary.

Finally, further cementing the fact that the Judd vote was a pro-coal vote, the counties that voted the heaviest for Judd were West Virginia’s coal counties.

Of course, it wasn’t that West Virginians would rather have voted for an incarcerated criminal than vote for Obama. This was a protest vote against Obama and his destruction of the American energy industry, not a vote for Mr. Judd. In fact, it isn’t likely that many even knew who Judd was, only that he was the “other option,” the anti-Obama choice.

In the end, West Virginia Democrats understand that Obama doesn’t have their interests in his heart, they know he is out to destroy their jobs. He doesn’t represent them and they know it.