Suddenly The Actor IS a Reason Condemn a Movie? 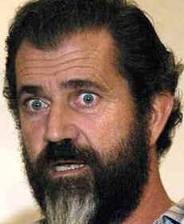 Left-wingers have for years complained that conservatives are wrong to condemn a movie based on the outspoken nature or politics of a staring actor or director.

“It’s just a movie,” they tell us and they scold us for not separating the entertainment from the actor’s real life. But now, in a typical hypocritical move, left-wingers are condemning a movie that is in the works precisely because of who is involved in the project, Mel Gibson, someone they do not like. It is hard not to recognize the hypocrisy here.

The movie is a sword and sandals piece based on the epic 2nd Century B.C. battle of Jewish hero Juddah Maccabee, whose victory over the Greek and Syrian armies forms a central part of Hanukkah. Gibson has been working on the movie for quite a while and planned to direct.

The film, though, has run into some development troubles. Warner Bros. has put a hold on the film for various reasons, most especially, apparently, because the script isn’t working out well.

But the film has also been “controversial” because of Gibson’s involvement. Several left-wingers have complained that they don’t want this movie made by Mel Gibson who made himself infamous for several drunken anti-Semitic rants going back to 2006.

Screenwriter Joe Eszterhas has attacked Gibson for his drunken racist rants and so has Rabbi Marvin Hier, founder and dean of the Simon Wiesenthal Center. Hier even proclaimed that “Jewish history will be better off without Mel Gibson playing Judah Maccabee.” The Anti-Defamation League’s Abraham Foxman condemned the movie in September, as well.

Now, given his past history, I see no reason to criticize people who might feel uncomfortable with Mel Gibson’s involvement in a movie about a Jewish war hero. That is most certainly not at issue here. But isn’t this exactly the sort of situation left-wingers scold conservatives for? Separating from the entertainment the real-life actions of a moviemaker is exactly what the left claims is a desirable trait in a movie fan. Yet here they are condemning a movie precisely because of who is involved with it.

So, why are these lefties violating their own supposed principles? Looks like they have just been mugged by reality, doesn’t it?