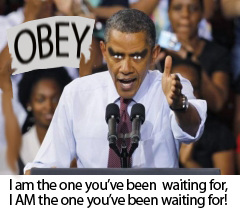 Obama and his campaign apparatus have been filling the minds of possible campaign donors with calumnies and untruths about the left’s newest, favorite whipping boys: the Koch brothers. Typical of left-wing demagogues, most of what Obama has been saying about the two libertarian leaning businessmen is simply untrue. But that doesn’t seem to stop him from using the Koch brothers as a boogie man who Obama tells liberals are hiding under their beds at night ready to drag them kicking and screaming into the deep, dark pit of American exceptionalism.

Last week, Obama’s re-election campaign sent out a fundraising letter disparaging the Kochs, saying that they were purposefully “jacking up prices at the pump” in order to hurt Americans. The letter, signed by Obama’s Campaign Manager Jim Messina, also attacked the Tea Party and warned that Mitt Romney was going to court the Kochs who he characterized as “two men obsessed with making Barack Obama a one-term president.”

These scare tactics are blatant for their untruths and were easily demolished in a reply letter written by Phillip Ellender, the President of Koch’s Government & Public Affairs department. (Instead of summarizing, I’ll repost the entirety of the letter below.)

So, did this devastating reply chasten Mr. Messina? Of course not. Liberals have no shame, we all know. Outrageously Messina responded by using the power of the president to intimidate the Koch brothers into making their donors public!

This from a president that won’t make any of his own donors under $200 public!

And it wasn’t just a single fundraising letter that Obama had sent out to attack the Koch’s. He’s now launching a full court press effort to attack them with on-line petitions and the like.

Think about this, folks. This is a president of the United States of America using the power of his office to attack two American citizens, folks that are not politicians or party operatives. This is unprecedented and uncivil behavior. We have a president attempting to destroy citizens who are merely observing their right to free political speech.

This president is the single most dangerous man we’ve ever had in the U.S. government. He will be the end of this country.

A Letter to the Obama Campaign

Because every American has the right to take part in the public discourse on matters that affect the future of our country, I feel compelled to respond directly about a fundraising letter you sent out on February 24 denouncing Koch. It is both surprising and disappointing that the President would allow his re-election team to send such an irresponsible and misleading letter to his supporters.

For example, it is false that our “business model is to make millions by jacking up prices at the pump.” Our business vision begins and ends with value creation — real, long-term value for customers and for society. We own no gasoline stations and the part of our business you allude to, oil and gas refining, actually lowers the price of gasoline by increasing supply. Either you simply misunderstand the way commodities markets work or you are misleading your supporters and the rest of the American people.

Contrary to your assertion that we have “committed $200 million to try to destroy President Obama,” we have stated publicly and repeatedly since last November that we have never made any such claim or pledge. It is hard to imagine that the campaign is unaware of our publicly stated position on that point. Similarly, Americans for Prosperity is not simply “funded by the Koch brothers,” as you state — rather it has tens of thousands of members and contributors from across the country and from all walks of life. Further, our opposition to this President’s policies is not based on partisan politics but on principles. Charles Koch and David Koch have been outspoken advocates of the free-market for over 50 years and they have consistently opposed policies that frustrate or subvert free markets, regardless of whether a Democrat or a Republican was President.

If the President’s campaign has some principled disagreement with the arguments we are making publicly about the staggering debt the President and previous administrations have imposed on the country, the regulations that are stifling business growth and innovation, the increasing intrusion of government into nearly every aspect of American life, we would be eager to hear them. But it is an abuse of the President’s position and does a disservice to our nation for the President and his campaign to criticize private citizens simply for the act of engaging in their constitutional right of free speech about important matters of public policy. The implication in that sort of attack is obvious: dare to criticize the President’s policies and you will be singled out and personally maligned by the President and his campaign in an effort to chill free speech and squelch dissent.

This is not the first time that the President and his Administration have engaged in this sort of disturbing behavior. As far back as August, 2010, Austan Goolsbee, then the President’s chief economic advisor, made public comments concerning Koch’s tax status and falsely stated that the company did not pay income tax, which triggered a federal investigation into Mr. Goolsbee’s conduct that potentially implicated federal law against improper disclosure of taxpayer information. Last June, your colleagues sent fundraising letters disparaging us as “plotting oil men” bent on “misleading people” with “disinformation” in order to “smear” the President’s record. Those accusations were baseless and were made at the very same time the president was publicly calling for a more “civil conversation” in the country.

It is understandable that the President and his campaign may be “tired of hearing” that many Americans would rather not see the president re-elected. However, the inference is that you would prefer that citizens who disagree with the President and his policies refrain from voicing their own viewpoint. Clearly, that’s not the way a free society should operate.

We agree with the President that civil discourse is an American strength. That is why it is troubling to see a national political campaign apparently target individual citizens and private companies for some perceived political advantage. I also hope the President will reflect on how the approach the campaign is using is at odds with our national values and the constitutional right to free speech.