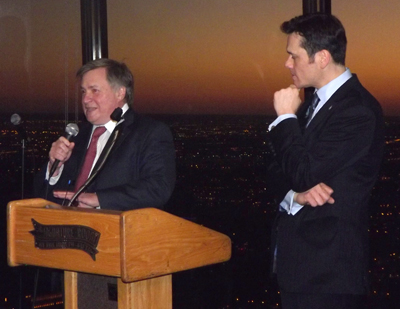 Morris came out as a strong supporter of Kelly calling him a “cactus” that can thrive in the arid political environment of Chicago — arid for conservatives, anyway.

“Anyone can thrive in an environment with good water and nice climate. But Kelly can thrive in Chicago and bring the fight to the Democrats. That’s what we need,” Morris said, “someone that is a bulldog and is an expert at using the new media to get the point across.” 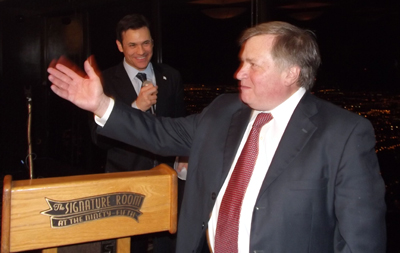 Morris talked a lot about how getting rid of Obama is a must to save this country and detailed how Obama’s policies made a bad economy into a world debt crisis.

Morris repeatedly praised William Kelly as just the sort of rabble rouser that the Illinois GOP needed to take the fight into enemy territory, the sort that wouldn’t remain quiet in the face of continued Democrat thievery. 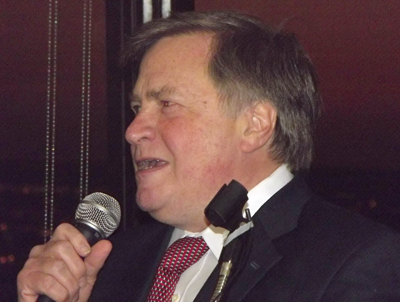 The good huckster that one must be in his position, Morris also talked about his children’s book, Dubs Goes to Washington, a book that features a dog that wanders through Washington D.C. looking for his lost red ball and learning about American first principles and history along the way.

The date also corresponded with William Kelly’s birthday and an Irish-themed birthday cake was brought out to celebrate. 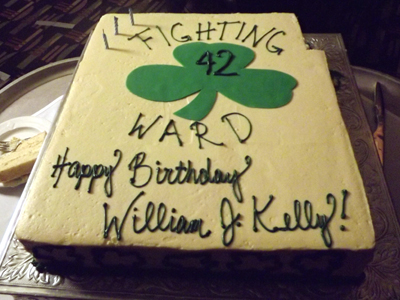 William Kelly is running for GOP Committeeman of the 42nd Ward on March 20. 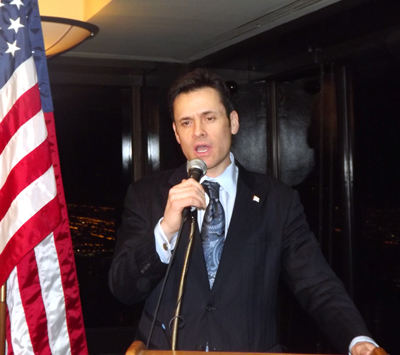 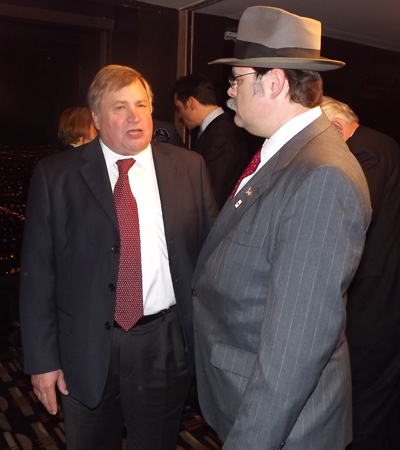 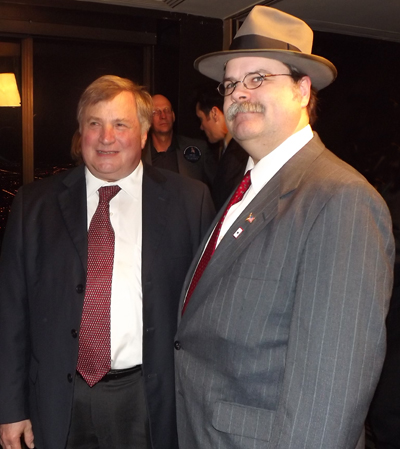 Me and Dick Morris