Jean Henri Gaston Giraud, better known by his nom de guerre Moebius, passed away in France after a long illness. He was 73.

Giraud was one of the most amazing comic book artists of the genera. His work inspired movies such as Tron and the Matrix trilogy. But I first ran across him in the 1970s a French magazine called Metal Hurlant. I don’t remember exactly how I came across the magazine, and I couldn’t read a word of it in French, but the artist going by the handle “Moebius” had the most amazing visual style I’d ever seen in comics. I ended up getting some 8 or 10 issues of the French book — still not being able to read a word of it.

Almost immediately, the magazine got its American counterpart, Heavy Metal and Moebius’ art was a prominent part of the early issues. I collected every one of HM’s issues for several decades before I gave up comics and sold the collection.

Giraud had the most delicate and intricate work of comics. His use of color was stimulating, too. But his vision of future machines, fantasy creatures, space-men, and alien vistas were always innovative and stunning.

His work was not aimed at the kiddie set, for sure, often having heavy sexual overtones. His was art for adults. His body of work is huge, too, spanning from 1957 right up to 2012.

His loss is a great loss to the world of art in general and comics in particular. 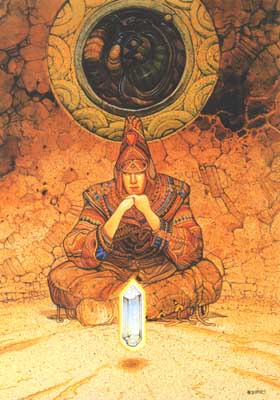 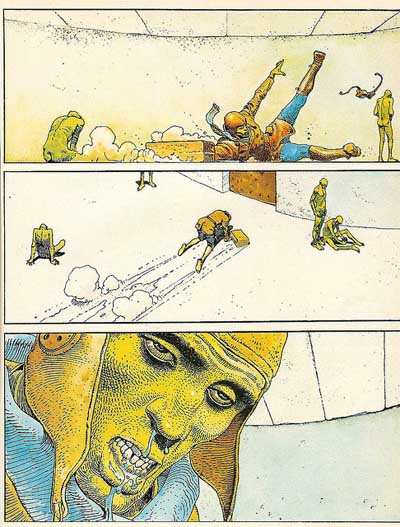 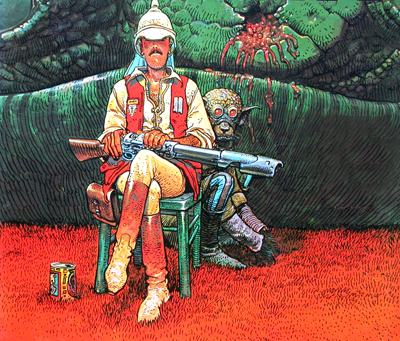 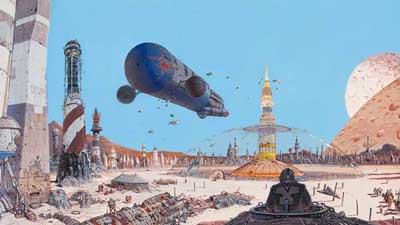