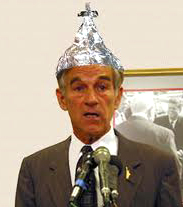 Buzzfeed was the first to indulge it’s inner gossip — well, maybe its outer gossip since that is all that site is; gossip. Anyway, the stupid story of the day is based on the hearty handshake that Rick Santorum gave Ron Paul after Wednesday’s debates. Paul’s fans took offense at the handshake for some idiotic reason and now it is the “thing” to talk about it.

First, let’s go to the video, shall we?

As Buzzers has it:

Rick Santorum topped off a disappointing debate performance with an oddly enthusiastic handshake with Ron Paul. No other candidates received as aggressive of a handshake from Santorum, a fact that has the Ron Paul fans who have flocked to the video up in arms.

Actually there isn’t anything odd about it. Obviously Rick is doing one of those come-here-you-old-son-of-a-gun handshakes after Paul gave him such a hard time during the debate. I think most men that have been in situations where a friendly rivalry is in the offing have seen such a reaction or even been one indulging same. I know I have, both seen and committed one of those reactions to an opponent myself.

Other than that handshake being hard enough to knock off Paul’s tinfoil hat, there isn’t anything odd about that handshake at all but here we all talking about the doofuses getting all exercised about it. Well, I’m here to say, let it go Paulbots! It isn’t a big deal, it’s a common reaction between friendly rivals, and it means nothing.

A’course, here I am feeding the “buzz” by talking about it, myself. Sigh.–>