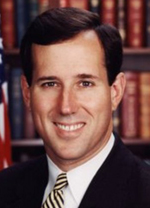 I think I am an inch away from endorsing Rick Santorum if he keeps this up. I am sure my endorsement will put him over the top, but that aside Santorum has really been standing as the only actual conservative left in the race at this point. His latest triumph occurred in Minnesota where he raked Romney over the coals for Romneycare — something that not enough people are doing.

Santorum’s charge is simple. How can a guy that still to this day defends Romneycare be the one to take the fight over Obamacare to the President? I’ve been saying for three years that Romney is simply unable to be the candidate to refute Obamacare and I am thrilled to see Santorum saying the same.

At his appearance in Rochester, Santorum said, “Gov. Romney is absolutely incapable of making the case against Obamacare successfully.”

“The problem is, we have a candidate who is running and seen by the media as the prohibitive favorite, who is the worst possible person in the field to put up on this most fundamental issue in this campaign, and that is Gov. Romney,” Santorum said. “The plan he put together in Massachusetts is in fact ‘ObamaCare’ on the state level.”

Santorum’s exactly right, too. How can we believe a word Romney says on repealing Obamacre when he still to this day is a huge supporter of Romneycare and its individual mandate? Especially since early in his campaigning for the presidency Romney said that Romneycare was a model for the nation. Especially since one of his chief advisors says that they really aren’t going to repeal Obamacare despite what Romney says on the stump.

Romney simply cannot face Obama on the issue because his record is no different than Obama’s on healthcare. Romney is an anti-Constitutionalist, a big government guy, a statist, whatever you want to call him his record is exactly like Obama’s on the issue. Should we believe what Romney says on the stump that he’ll repeal Obamacare if elected? I say we go by his actual record, not what, in a desperate attempt to win, he claims he’ll do if elected. His words have no veracity. Just look at his record.

Romney has taken notice of Santorum, too, and he’s set his smear machine on over drive to destroy Santorum. Romney has chosen to go after Rick on earmarks, but, as Santorum notes, that is a bit cynical since Romney and those that are acting as his surrogate have been big supporters of earmarks in the past.

“Here’s a situation where someone is now doing well, rising in the polls and instead of Gov. Romney going out and talking about his plans and what he’s going to do, he goes out and throws the kitchen sink and runs negative ads and sends out his surrogates to rip and tear — even though he’s as vulnerable on this issue [earmarks] as anybody,” Santorum said.

He said some of Romney’s surrogates have used earmarks in the past, but did not specifically mention Pawlenty.

“This is the narrative which you’re going to see. Anytime someone challenges Gov. Romney, Gov. Romney goes out and instead of talking about what he’s for … he just simply goes out and attacks and tries to destroy,” Santorum told reporters after his speech. “I don’t think it’s going to work this time.”

The main takeaway here is that Romney has been allowed to skate without having to confront his statist love of Romneycare. It is good that Santorum is finally taking it to Mitt forcefully. Some one needs to, anyway.