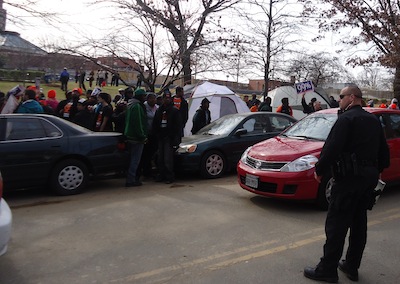 The police had the Occupiers well in hand. Notice they had their ever-present tents, too!

A sizable group of Occupy Wall Street protesters assembled Friday late morning to protest CPAC. Naturally this group was buoyed by big labor because, as we all know, the OWSers aren’t really any sort of grassroots anything but are a wholly manufactured, left-wing, anti-American concern funded and organized by hard core left-wingers.

I decided not to bother engaging with them as I’ve done in the past because I’ve learned that dialog is not what they are interested in. They have their rote and often infantile talking points, slogans, and chants and that is usually all they have to offer.

Still, let’s hear it for their free speech, shall we. And let’s give CPACers a hand for standing by to watch without uproarious confrontations! Of course, most of us are just bemused by them, so there’s that…

Of course the DC Police have been pretty tight around these OWSers. After all, CPAC has many elected officials tooling about the place and the Secret Service and other police agencies ware sure to keep the side separated to avoid any real danger to either.

I’ve heard DC cops already threaten some of the OWSers to keep their distance or risk arrest.

Still, it is quite telling that standing behind the OWSers are banks of union members. They are the real backbone of OWS, not the idealistic, if a bit childish, youngsters that serve as the veritable useful idiots of Big Labor. 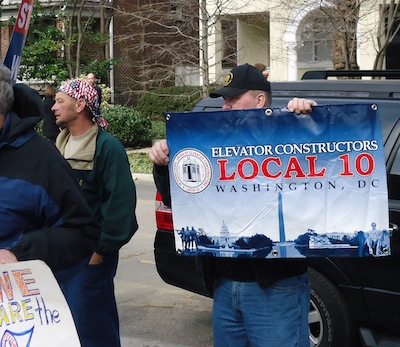 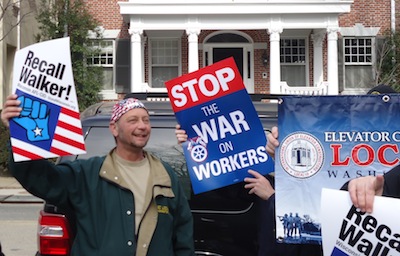 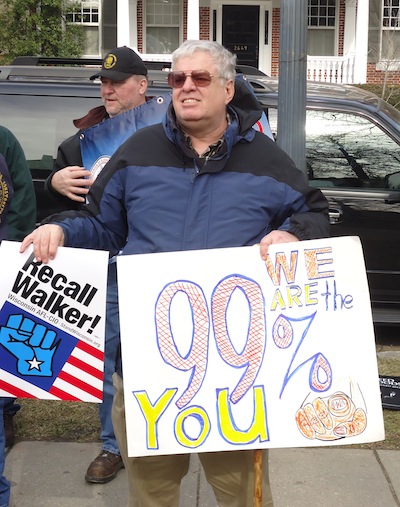