CBS This Morning Losing to Fox And Friends? 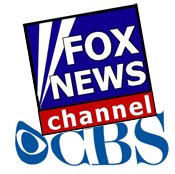 Apparently it is not morning in America for CBS. The big network roll out of its revamped morning show, CBS This Morning, is struggling to gain a foothold. It’s so bad that even the Fox News’ morning show, Fox and Friends, is beating the network morning extravaganza. In Chicago, Fox and Friends even beat the debut episode of CBS This Morning despite the fact that Gayle King, a long-time Oprah confidante, was one of the main features of the program.

In fact, CBS This Morning isn’t even beating its own former iteration when it was called The Early Show. The new show is down 10 percent in total viewers and down 13 percent in the key demo of 25-45 year-old viewers. Interestingly, Fox and Friends is beating CBS in four of the top 20 national markets in total viewers (Atlanta, Detroit, Orlando, and Tampa).

It should be remembered that Fox News cable channel reaches just over 102 million homes whereas CBS ostensibly gets to 100 percent of the 116 million homes with TVs. Since CBS is one of the “big three” original TV networks, it is interesting that a cable channel has seen such an amazing success rate for its early morning show.