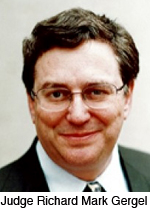 One of the Old Media’s favorite ways of attempting to hide the ideological track of a story is to somehow forget to mention to which party someone in the news hails or owes fealty to. In this case it is what they don’t report that misleads. This week we find a classic what-they-don’t-say story concerning the judge that blocked sections of South Carolina’s new immigration law.

For those unaware, U.S. District Judge Richard Gergel temporarily blocked segments of South Carolina’s new immigration laws because he claimed that some of its provisions impinged on federal prerogatives, things over which the state has no jurisdiction.

The South Carolina law was opposed in court by Obama’s left-wing, activist Department of Justice headed by Eric “Fast And Furious” Holder and a gaggle of civil rights groups and Judge Gergel agreed with these attackers issuing an injunction to stop implementation of the provisions in question.

The Old Media reported a lot of details in the story, of course. We learned all about who opposed the provisions, who scoffed at the injunction, in what District Judge Gergel hailed, and in some of the reports we even get to hear what Republican South Carolina Governor Nikki Haley had to say about it all. But one thing few of these news outlets seemed to report might help readers understand the decision better.

Yes, it somehow slipped Politico’s notice that Gergel is an Obama appointee. The Associated Press made the little oopsie, too. Oh, and Reuters must have given their editors the week off for Christmas or something because they missed this fact. AFP missed it, too. Oh, and Bloomberg forgot to mention Gergel’s Obama connection. Naturally The New York Times didn’t bother with this little fact. Shockingly, the L.A. Times somehow neglected the fact that Gergel was an Obama man. It slipped right past the steely eye of the Atlanta Journal and Constitution. Even Fox News missed it.

Did anyone note that Judge Gergel was an Obama man? At the time I wrote this only some SC political blogs and a site called the International Business Times bothered to let its reader know that Gergel is an Obama appointee.

Now, we all know that every time we have a Republican president and one of his appointees turns in a judgment that opposes the liberal mindset, the fact that the judge is a GOP appointee is always prominent in the story.

But, gosh darn it, the fact that Judge Gergel is an appointee of the most liberal president in American history just didn’t seem relevant to the Old Media today.