On Tuesday, December 13 a rally was held near the LBJ Library at the University of Texas, Austin to highlight the attack on election reforms launched inside by U.S. Attorney General Eric Holder. Holder went to Texas to denounce the Lone Star State’s voter ID laws and claimed that simple voter ID laws were somehow discriminatory. Holder ominously claimed that he would use the power of his office to “enforce civil rights protections” during the upcoming 2012 elections.

Outside the LBJ Library nearly 200 citizens gathered to hear a multi-racial panel of six speakers denounce Holder’s partisan attempts to push the administration’s agenda to turn a blind eye to continuing voter fraud that consistently favors candidates from the Democrat Party.

The rally was sponsored by the Houston-based True The Vote, a grass roots voter integrity project staffed by volunteers. True The Vote is a nation-wide organization that has affiliates across the country, every day citizens interested in the integrity of the elections in their home district.

True The Vote President Catherine Engelbrecht said she was thrilled by the turnout that was arranged on only a few day’s notice.

We gathered for the purpose of setting the record straight and people came from all over Texas to hear a host of speakers all representing different sides of the issue. All were clearly saying that the thought that photo voter ID laws would in some way suppress the vote or would in some way disenfranchise voters is on its face a farce. This is only being done to advance a politically motivated agenda that has at its core the themes of victimization and race baiting.

In his comments AG Holder cited one Republican in Maryland that was convicted of trying to trick black voters into staying home on Election Day, but what this single case has to do with voter ID laws was unclear. Holder’s intent, it seems, was to dismiss vote fraud from Democrats while shifting the blame to this one Republican. Holder did not mention such Democrat fraud as that seen in the 2008 Indiana primary, the New York Democrat that recently pleaded guilty to vote fraud, or any of the other such cases that can be easily found in the news.

It should be noted that at least one major case of voter suppression occurred during Holder’s tenure at the Department of Justice but it went ignored by his office. In 2008 a pair of militant Black Panther Party members used bats and weapons to intimidate white voters from entering a Philadelphia voting place. Ultimately Holder’s office decided not to prosecute this clear case of voter suppression. 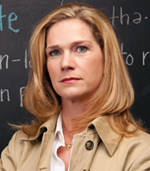 There were five other speakers that appeared after Engelbrecht. Those speakers were: Anita MonCrief, the founder of the Boots of Liberty Task Force (BOLT) and the Editor-in-Chief of Emerging Corruption. MonCrief is also known as the ACORN/ Project Vote Whistleblower. Adryana Boyne, the National Director of VOCES Action a non profit organization that educates and empowers Hispanics with conservative fiscal and moral values. Election lawyer J. Christian Adams who served in the Voting Rights Section at the U.S. Department of Justice and whose book Injustice: Exposing the Racial Agenda of the Obama Justice Department is a must read for anyone interested in the hard facts of the DOJ. C.L. Bryant, a native of Shreveport, LA and a former president of the NAACP’s Garland, Texas Chapter. And finally, George Rodriguez, President of San Antonio Tea Party. Rodriguez served as a presidential appointee under both Presidents Bush and Reagan and is also the nation’s first Hispanic Tea Party President.

The crux of the rally was to spur citizens to get involved. “‘Democrat or Republican voter fraud is unacceptable but it is up to us to stop it,” said Engelbrecht.

Here’s my message today – everyone listening needs to take stock of the situation facing our country, and then ask themselves what they are doing to make things better. What are you doing? There are all kinds of places and ways that citizens can directly engage and work for the good of this country and hold to what made us great. True the Vote is a great example — a great way to serve in a desperately needed and critically important area — protecting the sanctity of the vote. Our election process was always intended to be run by American citizens for the good of America and Americans. We need to take our process back and need to educate ourselves in the ways we can get engaged.

One last bit of irony — if not hypocrisy — was experienced as people lined up to enter the LBJ Library to hear AG Holder rail against voter ID laws. As each person entered the library they were required to present their photo IDs in order to be allowed in to hear the speech.

In another case of the break down of the integrity of our elections systems, officials in Wisconsin have confirmed that they will not be bothering to check the legality of the signatures on the petitions now circulating to recall Republican Governor Scott Walker. Vote fraud is so blatant that Mickey Mouse and Adolf Hitler have appeared on recall petitions, but authorities said these fraudulent names will be accepted.

According to WISN TV, ABC channel 12, the Government Accountability Board — the agency responsible to review petition results — has decided that it will accept spurious signatures as long as those signatures are “properly dated and include a Wisconsin address.”

“We will flag them, but we will not strike them without challenge,” Buerger said after being asked whether Mickey Mouse’s signature would be counted. He noted that in previous recall petitions, Adolf Hitler’s name was struck because the address given was in Germany, not because of the name itself.

The plans for review of the recall petitions was unanimously approved by the board.

This is why Engelbrecht’s True The Vote has teamed with Verify the Recall, to make sure the petitions handed in by Democrats looking to recall Governor Walker are legal and proper.

Verify the Recall is a grassroots effort to assure that recall petitions currently being circulated throughout Wisconsin to recall Governor Scott Walker are free, honest, and satisfy Wisconsin’s election laws. Verify the Recall will put on-line in a searchable database every name and address that appears on the recall petitions submitted t the Wis. Sec. Of State and volunteers will comb through the petitions looking for duplications and fraud.

Too many Americans are doubtful of our electoral process today and True The Vote is determined to help citizens feel assured about the integrity of their system in the Badger State.